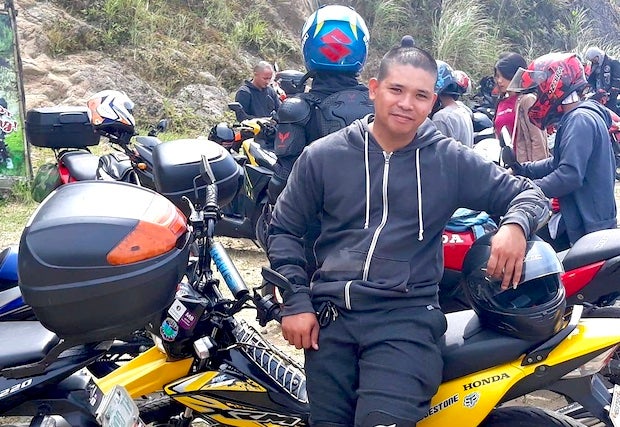 MANILA, Philippines — The Philippine National Police will honor Jeneven Bandiala, the Ateneo de Manila University (AdMU) security guard who was killed while trying to stop a man who went on a shooting spree on the campus on July 24.

In a statement issued on Monday, Maj. Gen. Valeriano de Leon, director for operations of the PNP, said that the Civil Security Group was coordinating with the family of the 35-year-old guard who would be awarded the Medalya ng Katangitanging Asal (PNP Outstanding Conduct Medal).

No date has been announced for the awarding ceremony.

“Security guard Jeneven Bandiala deserves this honor for the heroism he showed in safeguarding students and other individuals on campus and for supporting the PNP in bringing justice by attempting to stop the gunman from escaping,” De Leon said.

“This heroic gesture cost him his life, but his bravery will be remembered forever and serve as an inspiration to his fellow security guards. He illustrated what bravery and dedication to one’s vocation truly entail,” he added.

De Leon said that aside from the award, Bandiala’s family would also receive financial aid from the PNP, including assistance in the transfer of his remains to his hometown in Lopez Jaena, Misamis Occidental.

Bandiala was killed after he tried to prevent the gunman, Chao-Tiao Yumol, from fleeing the campus after he shot former Lamitan City Mayor Rosita Furigay, 58, and her aide Victor Capistrano, 49.

Both died while Furigay’s daughter, Hannah Rose Marian, 25, who was about to graduate from the Ateneo School of Law, was wounded.

Yumol, who was captured after a brief chase, is currently detained at Quezon City Jail in Payatas. He is set to be arraigned this week in the Quezon City Regional Trial Court for three counts of murder, frustrated murder, illegal possession of firearms and ammunition, car theft, and malicious mischief.

Basilan Rep. Mujiv Hataman, meanwhile, decried in a privilege speech on Tuesday social media posts glorifying the murder of the victims and hailing the gunman as a hero.

“What Chao-Tiao Yumol did is place the law in his own hands and [take] a life,” Hataman said, adding: “Such skewed beliefs are now being honored and applauded on social media.”

“This is what I am deeply concerned about, the propagation of the culture of violence in our society. And it does not help that a killer of innocent persons is made a hero,” he said.