His name is Jeneven Bandiala: One of those killed in Ateneo gun attack | Inquirer News 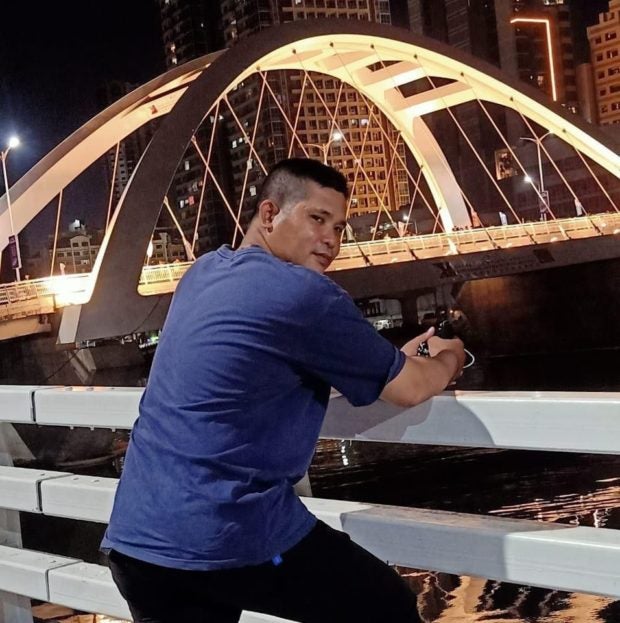 MANILA, Philippines–A caring brother and son to a sickly mother, a kind and loving partner to his family and a friend, kumpare (best buddy), kakwentuhan (friend to talk to), to his colleagues.

Security guard Jeneven Bandiala was one of three persons killed in a gun attack last Sunday (July 24) at Ateneo de Manila University (ADMU). Two others who died in the attack were Rose Furigay, former mayor of Lamitan, Basilan and apparent target in the shooting, and her close aide Victor Capistrano.

On Sunday evening, condolences poured on Twitter for Bandiala, turning these into a trending topic.

Netizens, students, parents, and school employees were appealing to correctly identify Bandiala by name, not just refer to him as a “security guard from Ateneo.”

“Jeneven Bandiala, among so many other members of the Ateneo community, did something I could never understand today,” one netizen tweeted. “Hearing a gunshot, they chose not to run from it but towards it.”

“What they did was heroic. And as someone with loved ones in Ateneo, I am indebted to them,” the tweet said.

Another netizen said, “Jeneven Bandiola, an Ateneo guard who protected many lives. Remember his name.”

In a Facebook post, a Jesuit priest said he had the chance to talk to security guards at Gate 3. This is only a few meters from the shooting site. He was told that Bandiala had attempted to stop the gunman, now identified as suspect Dr. Chao Tiao Yumol, from entering the campus before he was shot and killed.

“For 20 mins, they remembered how SG Bandiala was ‘kaibigan, kumpare, at kakwentuhan’ and most heartbreaking was ‘kilala ko anak niya’ and ‘napatay isa sa amin…” said the priest, recalling his conversation with Bandiala’s colleagues.

“But you know what? He did what he should do. He did what is right and he carries that with him wherever he is now. It would be with him for good. It’s still better to do good than evil,” the priest recalled one guard as saying in Filipino.

“We went back to Loyola House of Studies after thanking these two security guards and many others like them for keeping our home and our beloved Ateneo safe through all these years,” said the priest. The post has received 16,300 reactions, 292 comments and was shared 5,700 times.

He is the fourth of 10 siblings. His sister, Mary Jane, said the last time she talked with her brother was Friday when they discussed the medicine needed by their mother.

“We talked about mom’s medicines, that was the last time. My mom is here in Manila. We were shocked by what happened,” Mary Jane said in an interview, speaking in Filipino.

She said her brother visits her during his days off.

“He’s so kind. He helps his siblings,” Mary Jane said.

A younger brother, Raymond and also a security guard, said Jeneven had been giving him advice about work. “He always advises me that, when it came to work, to have more patience to avoid trouble. Don’t be hot-headed,” said Raymond, speaking in Filipino.

Mary Jane and Raymond said they were both shocked by the killing of Jeneven.

“I hope your conscience bothers you after what you did to my brother. He has no fault. He was just doing his job,” said Raymond, speaking in Filipino and referring to the gunman, Yumol.

The siblings grew up in Ozamiz City. Mary Jane said she and Raymond wanted to bring her brother’s body back to Mindanao.

ADMU has launched a donation drive for Bandiala.

“For those who would also like to extend financial assistance to S/G Jeneven Bandiala’s loved ones, the university has opened a scan-to-pay donation channel,” ADMU said on its Twitter account.

For those who would also like to extend financial assistance to S/G Jeneven Bandiala's loved ones, the University has opened a scan-to-pay donation channel.For more details: https://t.co/QfkO5nZLEG pic.twitter.com/OpboEYy9Xk

The Ateneo Law graduating class of 2022 also launched its drive to help Bandiala.

The class’ graduation was canceled because of the killings. One of the graduating students, Hannah Rose Marian Furigay and daughter of Rose, was wounded in the shooting but is now in stable condition, according to the family’s legal counsel, Quirino Esguerra, in an interview with ABS-CBN.