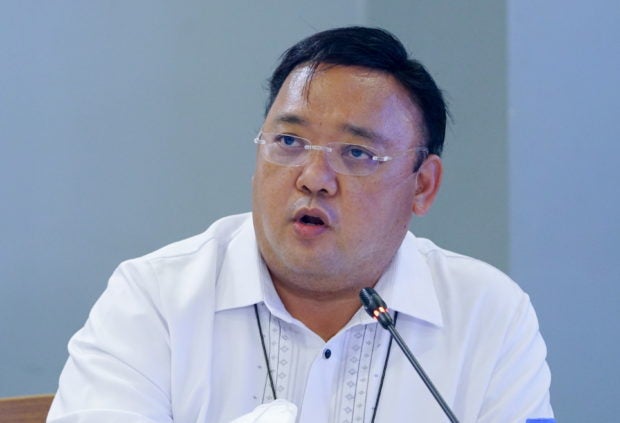 MANILA, Philippines — Former President Rodrigo Duterte already has a plan to block any attempt by the International Criminal Court (ICC) to arrest him, even before the government has responded to a proposed resumption of the investigation of the charges of crimes against humanity against him by the tribunal prosecutor, his former spokesperson said on Tuesday.

Harry Roque, who disclosed on Tuesday that he was now counsel to Duterte in the ICC case, said that the ex-president would “never” cooperate with “foreign courts” in trying him for any crime.

“He also said — and actually this idea came from him — that if, for any reason, the ICC will continue to exercise its jurisdiction, he will go before Philippine courts for a restraining order to restrain the Philippine police from serving the warrant of arrest against him,” Roque said in an interview with ANC.

Duterte will argue that Philippine courts are “able and willing” to prosecute cases against him and there was no basis for “foreign institutions” to interfere with the country’s judicial system, he said.

International law professor Romel Bagares said families of the victims of the bloody drug war had a legal remedy against such a move by Duterte, who has returned to Davao City where he served two decades as mayor before he was elected president in 2016.

“Supposing Mr. Duterte secures a TRO [temporary restraining order] from a Davao regional trial court, other parties — like the victims or any other interested parties — can then appeal before the Supreme Court,” he said.

Bagares acknowledged that the decision of President Ferdinand Marcos Jr. not to rejoin the ICC would make it difficult for the court to proceed to trial.

Even if the ICC Pre-Trial Chamber (PTC) issues warrants against Duterte, “who would enforce the arrest warrants without the Philippine government’s cooperation?” he asked.

“The summonses are of no effect if the suspects also do not recognize the ICC procedures,” he said.

But Bagares noted that the ICC had proven that it was still able to arrest suspects with the help of “international instruments.”

Marcos said on Monday the Philippines would not rejoin the ICC because local investigators were already doing a probe of the drug war, so there was no need for the ICC to do that.

Duterte withdrew the Philippines from the ICC in March 2018 after its prosecutor then, Fatou Bensouda, opened a preliminary examination of the charges against him and several other officials of his administration, including then national police chief Ronald dela Rosa, who is now a senator.

In June, ICC Prosecutor Karim Khan proposed to resume the investigation of the thousands of brutal drug war killings after it was suspended late last year upon the request of the former administration.

The ICC PTC requested the government and the complainants who filed the charges against the former president to comment on Khan’s proposal by Sept. 8.

Justice Secretary Jesus Crispin Remulla said the Department of Justice (DOJ) was willing to provide the ICC with a report of its investigation of abuses in the conduct of the drug war started by his predecessor, Menardo Guevarra, who is now the solicitor general.

“We will furnish them the available information as a matter of comity,” Remulla told reporters on Tuesday.

He was in favor

Guevarra said the government’s legal team had arrived at “a general consensus on how to handle the ICC case,” but the Office of the President, DOJ, the Department of Foreign Affairs, and the Office of the Chief Presidential Legal Counsel were still studying “the mechanics for implementing their agreed course of action.”

On Aug. 23, 2011, then-Senator Marcos and 16 of his colleagues voted in favor of Senate Resolution No. 546 to ratify the Rome Statute, the treaty that established the ICC, in support of then President Benigno Aquino III’s decision for the Philippines to join the ICC.

In a Facebook post on Tuesday, Ruben Carranza, who had served as a member of the Presidential Commission on Good Government, noted that Marcos was reversing course.

“The same one who won’t rejoin the ICC voted to join the ICC in 2011 because (its) ‘ratification signifies Philippine commitment to human rights and is our contribution to an effective international criminal justice system,’” Carranza said, quoting a part of the Senate resolution.

Dela Rosa, who led the brutal war on drugs, was grateful for the decision not to rejoin the ICC.

Then Senate President Juan Ponce Enrile, who is now the President’s chief legal counsel, was the only senator who voted against the resolution.

The 98-year-old said joining the ICC might hamper soldiers in carrying out their duties and might also “expose Philippine presidents to all kinds of suits where they will have to spend their own money, personal fortunes to defend themselves and the worries that accompany them while they await the verdict, which is outside our normal forum.”

Senate Majority Leader Joel Villanueva said he disagreed with Mr. Marcos and said “it would be better” that the senators speak with the President “to share our sentiments.”

Roque said Duterte was confident that Mr. Marcos “will do everything” to prove to the ICC that it should not exercise jurisdiction over the former president.

Roque was one of the founding members and former chair of the Center for International Law, an organization of lawyers that pushed the Philippines to ratify the Rome Statute.