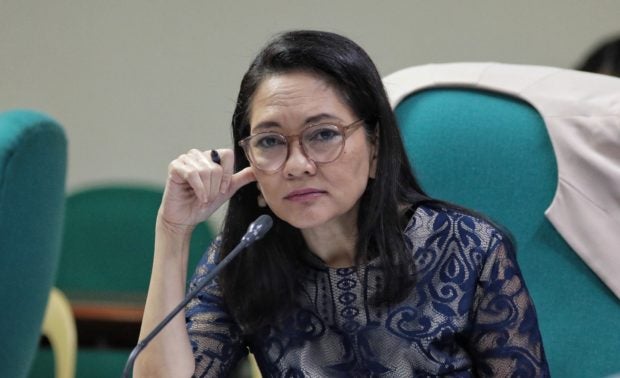 MANILA, Philippines—  It is high time the Senate summons the Maritime Industry Authority (Marina) and the Commission on Higher Education (Ched) following the country’s reported non-compliance with international standards for seafarers’ training.

A Magna Carta for Seafarers might be needed too.

Opposition Senator  Risa Hontiveros said this Tuesday as she sought a Senate inquiry, through Senate Resolution No. 279 filed Monday, aimed at improving the standards of maritime education in the Philippines.

In the resolution, the senator noted that the European Maritime Safety Agency (Emsa) has been flagging the Philippines’ maritime training since 2006.

Hontiveros said the Emsa 2020 assessment also reported that Marina and Ched did not ensure that all training and assessment met the standards mandated by the International Convention on Standards of Training, Certification, and Watchkeeping for Seafarers or the STCW Convention.

(We’ve been given warnings for 16 years already. It’s high time we summon Marina and Ched to the Senate so we can take action on reforms. They need to show Congress that they are taking definite steps to resolve this issue.)

“One of the shortcomings listed was that kahit (even the) program design ng (of) maritime courses hindi pa na-finalize ng (is yet to be finalized by) Ched. This is one of our most important industries, dapat may (we should have a) sense of urgency. We need to honor our commitments under the STCW Convention. This will also help us maintain our status in the IMO whitelist,” the senator stressed.

The  proposed inquiry came after earlier reports that some  50,000 Filipino seafarers working in European vessels are at risk of losing their jobs due to the Philippines’ repeated failure to pass Emsa evaluation over the last 16 years.

Aside from “substantial economic disruption,” Hontiveros warned  of “substantial damage to the reputation of the Philippine maritime industry should the EU decide to no longer recognize the Certificates of Competencies held by Filipino seafarers, and prohibit them from being deployed on EU-flagged vessels because of the non-compliance.”

READ: The frantic race to save our seafarers’ jobs

(The reputation and employment, as well as the welfare of the family of the 400,000 Filipino seafarers worldwide are at stake on this issue. We will face substantial economic disruption if ship owners and operators look elsewhere for seafarers to crew their vessels. It will be tough for our country to recover.)

The issue, according to her, also shows “an urgent need to pass the Magna Carta for Seafarers, particularly the provisions on government support for their educational advancement and training at reasonable and affordable costs.”

“Long-term reforms will ensure better job security and employability of our seafarers. With all the sacrifices marinos make doing this dangerous job far away from their families, we also owe them up-to-date training that can save their lives and those of their passengers,”  Hontiveros said.