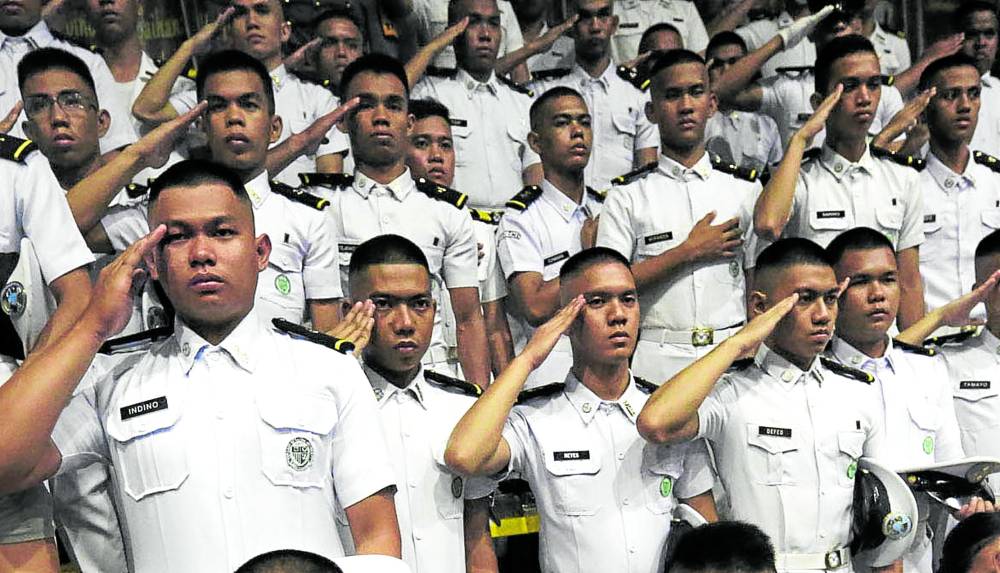 The Department of Transportation (DOTr) on Thursday played down fears over the potential job losses of 50,000 Filipino seafarers, noting that they were still being employed by global shipping lines despite issues on the country’s noncompliance with international standards set by the European Union (EU).

“We should not be alarmed by this,” Transportation Secretary Jaime Bautista told reporters in a media briefing.

The European Maritime Safety Agency (Emsa) has repeatedly flagged some Philippine maritime schools for failing to comply with the provisions of the 1978 International Convention on Standards of Training, Certification and Watchkeeping (STCW) for seafarers. The Philippines was given a final deadline this month to comply.

“There were findings and observations which the Philippine government is addressing right now. But the Filipino seafarers continued to be employed by the shipping industry worldwide,” Bautista said.

The DOTr official said they were working with the Department of Migrant Workers (DMW), the Commission on Higher Education (CHEd), the Department of Labor and Employment (Dole), and the Philippine Coast Guard to implement the standards required by Emsa.

Last month, Bautista said they were in talks with Emsa to settle the European agency’s concerns.

The DOTr chief added that he would be meeting with foreign ambassadors to assure them that the country was committed to complying with the STCW requirements, adding that he had already met with the envoys of France and Norway.

Migrant Workers Secretary Susan Ople on Thursday also clarified the directive of President Marcos to address the country’s repeated failure since 2006 to pass the Emsa audit for compliance with the STCW.

Ople said the President wanted a collective effort to work on the issues raised by the EU maritime agency.

“The directive of the President was for various agencies led by the [DOTr] to come up with a joint implementation plan to address the concerns raised by Emsa. The [DMW], as well as the Maritime Industry Authority (Marina), as an attached agency of the DOTr, were included in that directive,” Ople said in a statement sent to the Inquirer.

“The President never ordered Marina to be removed as an implementing agency nor did I ever say this in any interview,” the official pointed out.

“The DMW fully supports the actions being taken by the DOTr and Marina to ensure compliance with international maritime standards, particularly on the education, training and certification of Filipino seafarers,” Ople noted.

The migrant workers secretary earlier told the Inquirer that Mr. Marcos has ordered the DOTr, DMW, CHEd, the Department of Foreign Affairs (DFA), and Dole to see to it that the country’s maritime training and accreditation system will pass the EU review.

According to Bautista, the country “did not fail the audit” of Emsa, pointing out that the Philippine maritime industry just did not comply with some standards relating to certification training of Filipino seafarers.

“So we are doing everything to show them that we can comply with the standards,” he said.

Bautista said the latest audit of Emsa, concluded in 2020, highlighted 23 grievances on the country’s maritime industry.

He noted that among the issues cited by Emsa were low training standards of some maritime schools, problems with onboard training for seafarers, and the lack of proper equipment in training.

“The government has already sent its responses to the 23 grievances and we’re waiting for Emsa’s feedback,” Bautista said.

Before Emsa conducts a new audit in 2023, he said the President already ordered several government agencies to address the previous findings of the European agency.

The CHEd was tasked to monitor training centers and schools to ensure their compliance with curriculum standards and equipment required by the Emsa, Bautista said, and that Marina would coordinate with the schools to see to it that certifications would be given only to those who passed the required training programs.

Meanwhile, the DFA on Thursday said the government has initiated maritime cooperation focusing on seafarers’ certification with the government of Georgia.

It said the Philippines and Georgia reaffirmed their commitment to enhance bilateral relations during the 2nd Philippines-Georgia Political Consultations held in Manila last week.

Highlighting commonalities between the two countries, Lazaro underscored the fact that both countries were providers of seafarers.

She proposed maritime cooperation with focus on seafarers’ certificate recognition and exchange of information between maritime authorities and institutions, the DFA said. —WITH A REPORT FROM TINA G. SANTOS