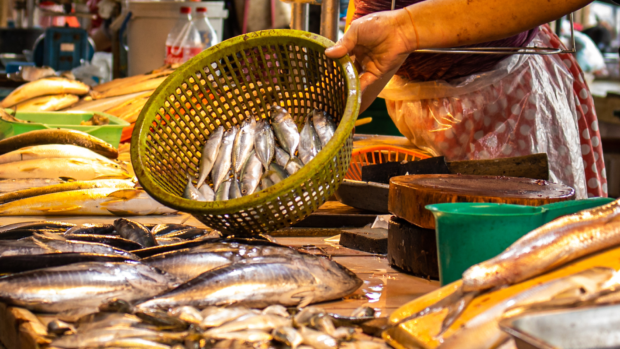 MANILA, Philippines — The country’s fish supply has remained stable amid the onslaught of Tropical Storm Paeng (international name: Nalgae) and various agricultural groups said there is no need to flood the market with imported fish.

The Taal Lake Aquaculture Alliance Inc. (TLAAI) and the Philippine Tilapia Stakeholders Association said the recent typhoon that made landfall in the Philippines did not hamper their production and they could still supply the country’s fish requirement.

“We want the government to know that our industry remains resilient regardless of the strong winds, rain, and flooding. Despite Tropical Storm Paeng affecting many fish producers, it did not hinder our production,” TLAAI director Mario Balazon said.

“We agree with the statement that Mario Balazon from TLAAI made. There is not much damage here in Pampanga. We are always prepared here in Minalin since we don’t use nets. We use dykes, and we are affected more by dams releasing water, not by typhoons,” Philippine Tilapia Stakeholders Association president Jon Juico said.

Amid Paeng’s minimal impact on the sector, it would be able to bounce back in no time.

Earlier, the Department of Agriculture said the weather disturbance wiped out P2.74 billion in agricultural produce. Of which, the fisheries sector sustained P201.64 million in damage.

Balazon said aquaculture in Talisay, Batangas, incurred approximately P22 million in losses, adding about 200 tons of fish escaped the cages while in Calauan, Laguna, the supply of fingerlings was washed out.

Both Balazon and Juico urged the government to not authorize another round of importation as such a move will force producers to sell fish at reduced prices and instead support the local industry.

According to Juico, local producers were forced to sell their fish at only P60 to P70 per kilogram last year due to the influx of fish imports although the cost of producing this commodity reached P90 per kg.

Tugon Kabuhayan convenor Asis Perez said the farm-gate prices of tilapia declined to P60 per kg in Pampanga and P70 per kg in Taal Lake yet retail prices are the same at P120 to P130 per kg.

“Based on our experience in the last years when the government is bent on importation, our aquaculture producers suffered but there is hardly or no palpable public benefit at all,” Perez said.

“But when there are too much imports, especially by those who are not in the regular galunggong (round scad) fishing. They tend to dump their excess import to public markets and that disrupts the market and create food safety concerns as they come in frozen large styro boxes and are thawed before selling,” said Tugon Kabuhayan convenor Norbert Chingcuanco.

Damage to farms, fisheries in Bicol due to ‘Paeng’ hits P701 million