Cordillera activists fail to get writ of amparo vs red-taggers 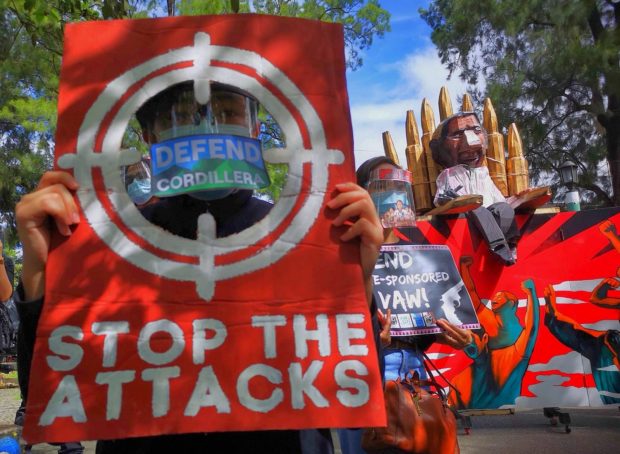 STOP THE ATTACKS | Members of the Cordillera Peoples Alliance, seen here during one of its Baguio rallies in January 2021, petitioned the Court of Appeals for a writ of amparo to shield it from red-tagging online. The petition was dismissed by the appellate court last October. (File photo by EV ESPIRITU / Inquirer Northern Luzon)

BAGUIO CITY, Benguet, Philippines — The Court of Appeals (CA) has dismissed a writ of amparo petition filed by Baguio-based activist group Cordillera People’s Alliance (CPA) for harassment and “red-tagging” allegedly by government agencies like the police and the state anti-insurgency task force.

The appellate court’s former 17th Division, in a decision dated Oct. 24, said that court action or issuance of a writ of amparo may have been rendered moot as some of the incidences of Red-tagging and vilification occurred at the start of the COVID-19 pandemic in 2020, which did not anymore show “imminent threat for which court action is necessary.”

The CA also noted that the petitioners needed to establish the authors of Red-tagging whether online or during official meetings and community gatherings.

The petition for a writ of amparo, a legal protection remedy for a person or groups who face threat through unlawful acts by a public official or employee or private person, was filed by CPA last August after 24 of its members were maliciously labeled as “communist rebels,” which placed them and the lives of their families at risk.

CPA particularly wanted to stop the National Task Force to End Local Communist Armed Conflict (NTF-Elcac) and all uniformed services from threatening and smearing the organization’s name and asked the CA to stop government agencies “from sponsoring, initiating, and tolerating Red-tagging and other acts.”

It also urged the CA to nullify barangay and municipal resolutions declaring them “persona non grata (unwelcome)” in Baguio City, Benguet and Mountain Province after being portrayed as “communists.”

CPA listed over 80 instances of slander, harassment and abuse, including the Aug. 25 abduction of veteran activist Stephen Tauli in Tabuk City, Kalinga province, purportedly by men in a van who drove him around while they interrogated him. Tauli, brother of Victoria Tauli Corpuz who served as United Nations special rapporteur on the rights of indigenous peoples from 2014 to 2020, was eventually released after he was forced to sign documents attesting that he was a communist rebel leader.

Acknowledging that some of the attacks were malicious, the CA said it “understands the plight of the petitioners who felt their rights were violated by reason of their choice of organization,” in the decision penned by Associate Justice Angelene Mary Quimpo-Sale. 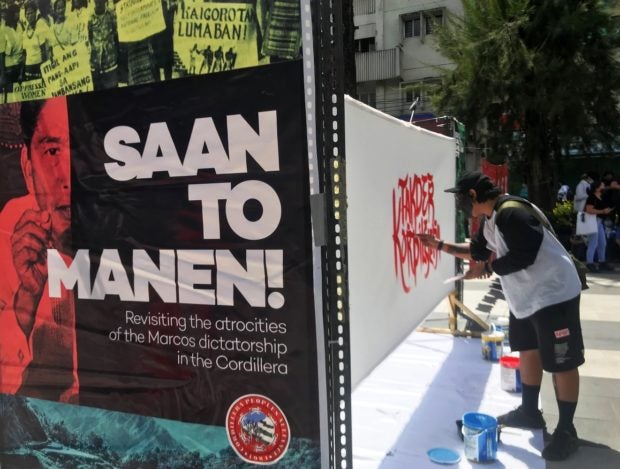 But it added: “The privilege of the writ, however, is an extraordinary remedy … Lest the ideal sought by the rules on the writ of amparo be diluted and undermined by the indiscriminate filing of petitions of general and all-inclusive allegations by individuals vaguely and hazily connected with [the defendant] government agencies … the remedy ought to be resorted to with discernment, prudence and caution,” the court concluded.

The Cordillera Human Rights Alliance, an affiliate of CPA, also said the petitioners “will not rest with the dismissal,” asserting that the group had amassed and diligently compiled evidence of abuse from the government.

Arguing for the NTF-Elcac and the other respondents, the Office of the Solicitor General said no law makes Red-tagging an offense, and said the writ of amparo must not serve as “refuge of those allied [with] communist terrorist groups.”Corpuz, meanwhile, will lead a series of dialogues this month between the military and indigenous Filipino communities that have been subjected to Red-tagging and other forms of government harassment.

She said “constructive dialogue” appeared to be the best option for highland towns to confront and resolve government accusations that they were subversives.

“‘What is your basis for accusing us?’ They may ask … Of course, there has to be solid basis and if their only basis is that the communities were supporting projects of so-called left-leaning organizations, that’s not valid enough to be tagged,” said Corpuz, who was included in a list of 600 scholars, activists and lawyers that the Department of Justice (DOJ) had asked a Manila Regional Trial Court (RTC) to proscribe as terrorists in 2018. Her name was later removed from the list.

On Sept. 21, the DOJ petition was dismissed by Manila RTC Judge Marlo Magdoza-Malagar of Branch 19, who concluded that the government’s counterinsurgency measures “should include respect for the right to dissent, to due process and to the rule of law.”

Cordillera execs eye ‘Tokhang’ on top of Red-tagging vs Left-leaning individuals, including journalists