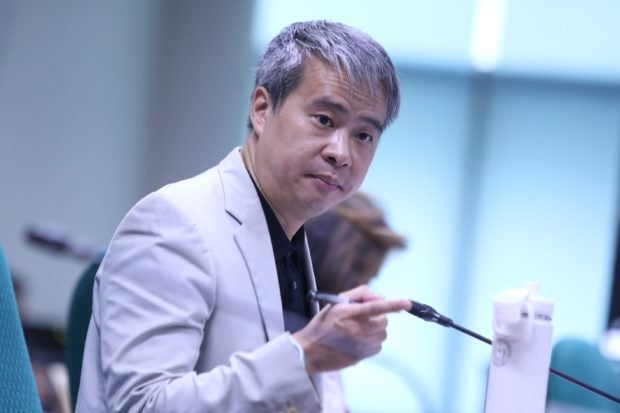 MANILA, Philippines — Concerned state agencies should work together in addressing the deficiencies in the country’s maritime education that put at risk the jobs of about 50,000 Filipino seafarers deployed on European Union ships, Senate Majority Leader Joel Villanueva said on Sunday.

Villanueva urged the Maritime Industry Authority (Marina) and the Commission on Higher Education (CHEd) to immediately act in ensuring that the Philippines would meet the International Convention on Standards of Training, Certification and Watchkeeping for Seafarers (STCW).

Last week, the Department of Migrant Workers (DMW) informed the House committee on overseas workers affairs that EU-flagged vessels may stop hiring Filipino seamen if the country again fails the STCW evaluation that the European Maritime Safety Agency would conduct in November.

The Philippines had yet to pass the international standards for seafarers’ training since 2006.

“We need to find [out] how we have been consistently failing the evaluations since 2006 and how Marina and CHEd can snap this losing streak,” Villanueva said in a statement.

“How did we let this go on for so long? Now the entire industry and people’s livelihoods are in danger,” he lamented.

The former Senate labor committee chair said the DMW, the Marina, and the CHEd should “go full speed ahead to support the jobs of our Filipino seafarers.”

Villanueva, who had just returned from an official visit to France along with other senators, said members of the French parliament recognized the performance and skills of Filipino seamen working on EU vessels.

The government, he said, should protect the “sterling reputation” of Filipino seafarers by complying with the STCW.

“We assured in our meetings with members of the French parliament that we are doing everything we can to maintain the EU qualifications of our Filipino seafarers,” he said.