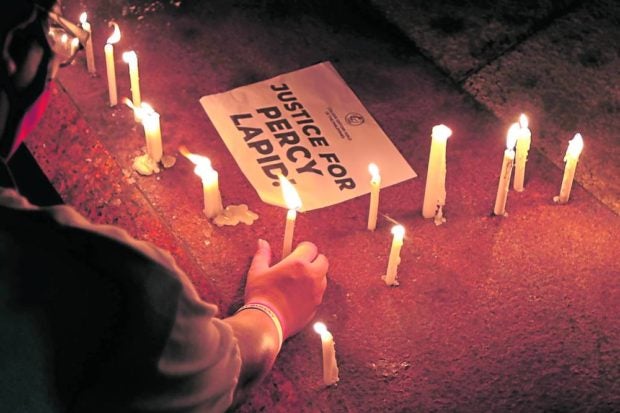 MANILA, Philippines – A high-profile inmate linked to the killing of broadcaster Percival Mabasa or Percy Lapid has been transferred to the National Bureau of Investigation (NBI).

Department of Justice (DOJ) Assistant Secretary and Spokesperson Jose Dominic Clavao said the inmate was moved around midnight from a military facility to the NBI.

“Last night, around midnight, there was a transfer from the AFP (Armed Forces of the Philippines) detention facility,” Clavano told reporters Friday.

The inmate was among the high-profile inmates tapped as witnesses against former senator Leila de Lima.

Clavano said after the inmate’s transfer, the authorities proceeded with the investigation and the “question and answer.”

Meanwhile, Justice Secretary Jesus Crispin Remulla said he would review the affidavits of the persons of interest.

Remulla said they are hoping to file a case by the end of next week and be able to identify the mastermind.