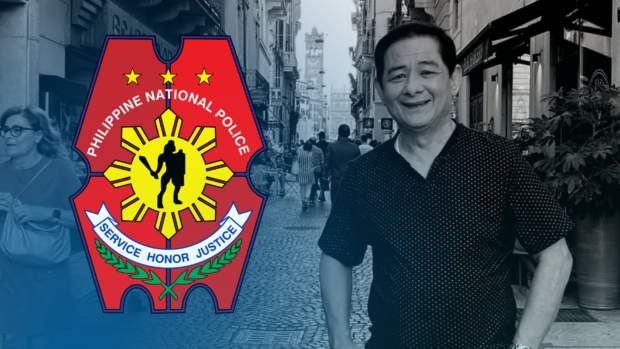 MANILA, Philippines — The alleged middleman in the murder of Percy Lapid apparently revealed to his sister those behind the killing of the radio commentator, according to an exclusive report on ABS-CBN News’ “TV Patrol” on Monday.

The sister, whom the report referred to only as “alias Marisa,” said she got a message from her brother Cristito “Jun Villamor” Palaña. She explained that her brother, though sentenced to life imprisonment at the New Bilibid Prison, still had a phone.

Speaking in Filipino, the sister said: “On the 18th [of October] at 11:59 [a.m.], he suddenly sent a message. He said: Ate [Filipino address to the oldest sister], whatever happens to me, if I were to die, keep this a secret. If I die, then reveal it. But as long as I’m alive, keep it to yourself.

Asked which office Jun Villamor was referring to, the sister said: “The one there in Bilibid.”

Villamor died later in the day, on Oct. 18, the same day the police announced the surrender of self-confessed gunman Joel Escorial.

Marissa said his brother was also acquainted with Escorial, as well as the second pointed “middleman” Christopher Bacoto, who lived in the same “barrio” as theirs.

According to the sister, she believes the three really did commit the crime. But remained firm that she would want to hold accountable those behind the murder of Percy Lapid, the on-air name that Percival Mabasa used.

Fear for her life

Marissa also bared that she and her other sibling have started fearing for their lives after receiving text messages from random numbers.

“They asked: Did he [Jun Villamor] text or call you? They reversed his name. Idoy is his nickname. They reversed it. Then I thought that if we knew them that’s not the name they would use [the reverse of Idoy],” she said.

She became more suspicious after her sibling was not allowed to visit the funeral home where Villamor’s body was kept and instead was only shown a picture of his face.

Her sibling told her that no cause of death was indicated in the death certificate.

“Then there someone there, a guard or a police officer, said: ‘Be careful. They seem to be hiding something’.”

Marisa was put under the Witness Protection Security and Benefit Program after she sought help from Sen. Raffy Tulfo and Social Welfare Secretary Erwin Tulfo to get the body of her brother back.

Senator Tulfo has yet to publicly comment or release a statement regarding Villamor’s sister, but ABS-CBN cited a report from his web show “Tulfo In Action” saying that the senator had contacted Justice Secretary Boying Remulla regarding her request for assistance.

Remulla then assured Marissa that her brother’s remains would be returned once a second autopsy has been conducted by an independent medico-legal surgeon.

Lapid was gunned down on Oct. 3 by motorcycle-riding men while inside his car at a gate of the Las Piñas subdivision where he lived.

Villamor, meanwhile, died inside the NBP, according to the National Bureau of Investigation.

But a leading forensic pathologist, Dr. Raquel Fortun, raised questions about the autopsy done on the middleman. She pointed out there was a lack of a clear timeline of the autopsy and Villamor’s body had undergone embalming procedures.

NBI: No signs of physical injuries on dead ‘middleman’ in Lapid slay case