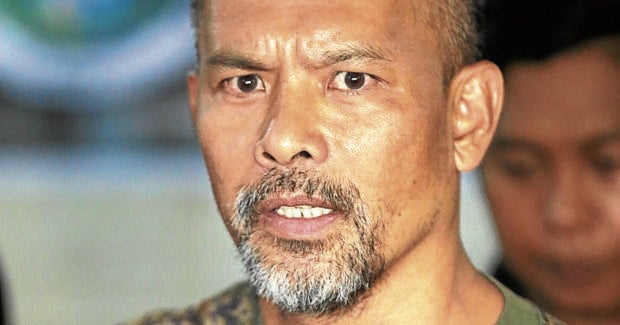 PNP chief Gen. Rodolfo Azurin Jr. on Monday said police have reviewed about 600 of Lapid’s posts, where they identified 160 of the slain radio broadcaster’s frequent targets on his program since 2021.

(There are, more or less 160 different personalities: politicians, military and police officers. We’re currently looking at their probable link to the death of Percy.)

But he clarified that the most frequent subject of Lapid’s scathing commentaries is not necessarily the suspect behind the radioman-vlogger’s murder.

(That’s why I was talking about how critical the statement is of the person under PNP custody. In the same manner, the inmates who were with Cristito Villamor in the detention cell are also being considered in the case since they most probably know something as well.)

Azurin clarified that the dead inmate tagged as one of the supposed middlemen in Lapid’s assassination is Cristito Villamor, according to a birth certificate obtained from the latter’s family.

Villamor was earlier referred to as Crisanto Palana Villamor in alleged gunman Joel Escorial’s extrajudicial confession, and Jun Globa Villamor in his death certificate and records at the New Bilibid Prison (NBP).

Meanwhile, Justice Secretary Jesus Crispin Remulla affirmed that Bantag is being considered as a person of interest with regards to Villamor’s death.

“He is a person of interest at least for reckless imprudence,” Remulla told reporters when asked about where Bantag is in the investigation on Lapid’s killing.

Villamor died on October 18, a few hours after a press conference was conducted in Camp Crame where Escorial was presented before the public.

Escorial had mentioned that an inmate from the NBP entered into a contract with him and the three others to kill Lapid for P550,000.

Then, in the afternoon of the same day, Villamor was taken to the NBP hospital due to difficulty in breathing. He was declared dead at 2 p.m.

Speaking on behalf of the Mabasa family, Atty. Berteni Causing said, “We are looking at the possibility of filing reckless imprudence resulting in murder” against Bantag.

Remulla said it is the prerogative of the family.

INQUIRER.net tried to get the side of Bantag but he has yet to respond as of posting time.

Last Friday, Remulla announced that Bantag had been placed under preventive suspension upon the orders of President Ferdinand “Bongbong” Marcos Jr. “to have a fair, impartial investigation on the matter so that all doubts will be put to rest.”

Azurin, meanwhile, assured the public that Christopher Bacoto, another alleged conspirator implicated in the Lapid slay case by Escorial, remains under “tight security” at a Bureau of Jail Management and Penology facility.

Lapid, the tough-talking voice behind DWBL 1242’s “Lapid Fire,” was ambushed and killed near the gate of a Las Piñas City subdivision last October 3.

Prison deaths high under Bantag, some found with ‘criminal intent’