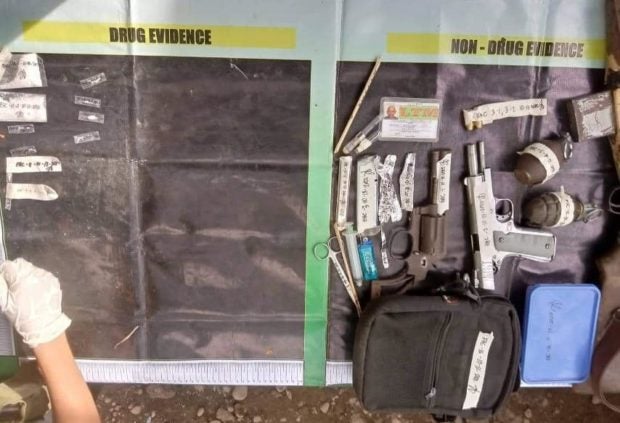 The guns, grenades and shabu seized from five suspects. (Photo from the PDEA 12 office)

COTABATO CITY, Maguindanao, Philippines — Charges are being readied by the Philippine Drug Enforcement Agency (PDEA) against five suspects who were arrested in a drug den busted by authorities in Kabacan town, Cotabato province on Thursday.

PDEA-Soccsksargen Director Naravy Duquiatan said government forces were to serve a search warrant against Bumol Sumilalao, who is suspected of maintaining a den for his drug peddling operation in Kabacan’s Barangay Katidtuan at past 2 p.m.

When they noticed, his men opened fire, sparking a brief firefight, at which time Sumilalao fled. 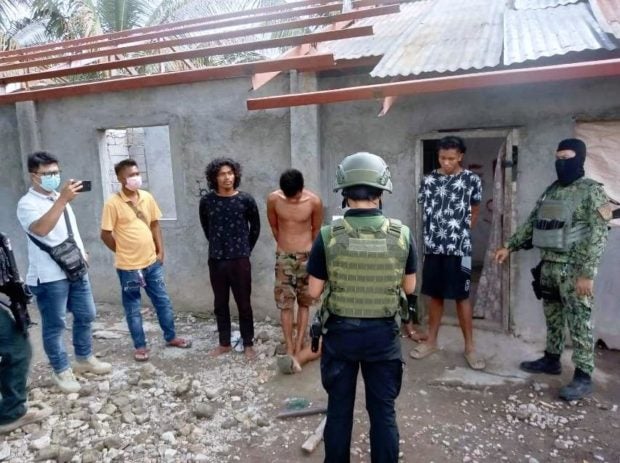 Photo from the PDEA 12 office.

“Sumilalao’s group is involved in the proliferation of illegal drugs in selected areas in Cotabato province,”  Duquiatan said.