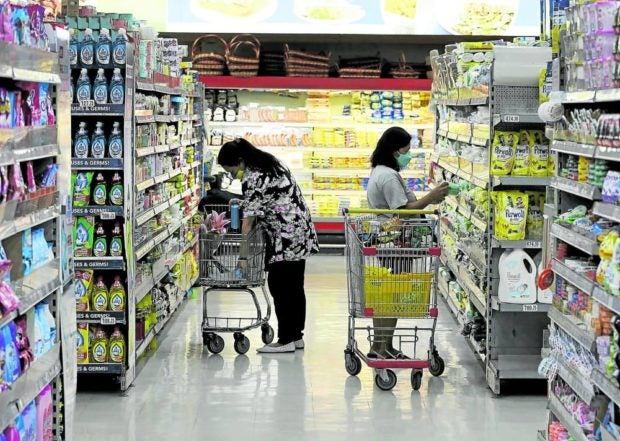 MORE TROUBLE | Tax breaks may sound good to consumers, but will actually cause more problems for the entire country. (Photo by RICHARD A. REYES / Philippine Daily Inquirer)

MANILA, Philippines — Exempting more products from the 12-percent expanded value-added tax (EVAT) may cause problems bigger than the one such a move seeks to address because it will mean a revenue loss of P86.4 billion for the government.

Faced with such a revenue loss, Albay Rep. Joey Salceda, chair of the ways and means panel of the House of Representatives, said the government would have to cut a similar amount from funding for other public services.

He said the proposal of the Makabayan bloc to add exclusions to EVAT coverage may affect the government’s conditional cash transfer program, subsidies for state universities and colleges, construction of new classrooms, and the operation of government hospitals.

Besides, Salceda pointed out, many items in the Makabayan bloc’s list of basic goods to be exempted from VAT coverage are already exempted.

Salceda said sugar, beef, fish, salt, charcoal, and firewood were already VAT-exempt while many prescription drugs certified by the Department of Health (DOH) are also exempt from the 12-percent VAT.

“The other items in the proposal that are not VAT exempt are canned goods, bread, biscuits, soaps, and candles. They amount to around P719.9 billion in total sales, or a loss of around P86.4 billion in tax revenues,” he said.

“To prevent an increase in deficit, we will have to cut the budget by a similar amount or raise new revenues,” Salceda added.

Instead, Salceda suggested alternatives, such as the extension of the targeted cash transfer program of P500 to 12.4 million vulnerable households until December, which will cost P24.8 billion.

He also proposed fortifying bread, canned fish, and canned meat with nutrients “so that households that consume these products gain more nutritional value for their purchases.”