Lagman to Marcos: Use power to free De Lima 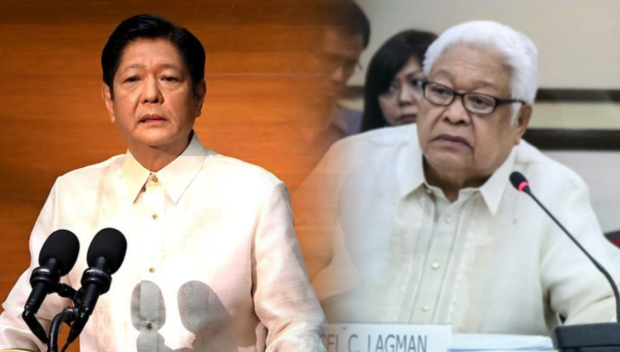 MANILA, Philippines — Opposition Rep. Edcel Lagman on Wednesday urged President Marcos to use his legal powers as chief executive to end former Sen. Leila de Lima’s detention on “fabricated drug charges” which he said could be done without interfering with the courts hearing her cases.

The senator’s plight was again in the spotlight when she was briefly held hostage at knifepoint by a fellow detainee on Sunday at the Philippine National Police Custodial Center in Camp Crame.

Following her rescue and the killing of the hostage-taker, the president said he would ask De Lima whether she wanted to be transferred to another detention cell.

But instead of a transfer, Lagman and other opposition lawmakers said it would be more just for the detained senator to be released, citing the supposedly weak evidence against her.

Lagman said the president had two legal options — to order prosecutors to dismiss the charges instigated by then-President Rodrigo Duterte or to stop opposing her petition for bail.

“The president is perfectly correct in desisting from meddling with the courts in the cases of De Lima, but he must be reminded that while the adjudication of criminal cases belongs to the judiciary, the prosecution of such cases is an executive function under his control and supervision pursuant to the Constitution,” Lagman said in a statement.

He pointed out that major prosecution witnesses had recanted in the remaining cases against De Lima.

Lagman said it was “not intruding into the domain of the courts when the president would order prosecutors to move for the dismissal of criminal cases where inculpatory evidence is lacking.”

He added that it won’t be an intrusion if the chief executive would “order prosecutors to withdraw opposition to De Lima’s petition for bail because the evidence of guilt is not strong against her.”

He was responding to remarks by Undersecretary Cheloy Garafil, Office of the Press Secretary officer in charge, who said the president would not intervene in De Lima’s cases pending before the courts.

De Lima spent nearly her entire term as senator in police custody after she was arrested and detained at Camp Crame in February 2017 on charges of drug trafficking at New Bilibid Prison.

A staunch critic of the Duterte administration, she is still facing two of three drug-related cases. One was dismissed by a Muntinlupa City court in February 2021.

Garafil said the president would leave it to the courts to decide De Lima’s fate.

But Lagman insisted that De Lima, like former Sen. Juan Ponce Enrile, was not a flight risk.

He said the Supreme Court ruled to allow bail for Enrile for his plunder cases “since his appearance in trials is assured and he would not evade the court’s jurisdiction because of his public record, age, and frailty of health.”

“The ruling of the high court in Enrile was based not so much on the quantum of evidence against him or the enormity of the punishment for his criminal offense, but principally because he was not a flight risk,” Lagman said.

He added that Enrile was “granted bail while in hospital custody, while De Lima has been incarcerated under solitary confinement for more than five years on fabricated drug charges.”

De Lima had declined the president’s offer to transfer her to another detention facility, but Interior Secretary Benhur Abalos said her lawyers informed him on Tuesday night that they were reconsidering it.

Abalos said he and Marcos were worried that De Lima might have been deeply traumatized by her harrowing near-death experience and that she might opt to be moved to another cell within the custodial center.

He said that according to the lawyers, De Lima’s previous response that “she was okay” at her current cell was just “a hasty answer.”

“So for her peace of mind, and to ensure that she is safe, we are inviting De Lima’s lawyers to check other facilities within the PNP compound that they think may be suitable for her to be transferred,” Abalos said.

He said De Lima could be moved to the former detention cells that held Senators Jinggoy Estrada and Ramon “Bong” Revilla Jr., who were charged with plunder in connection with the P10-billion pork barrel scam. Estrada was released on bail and Revilla was acquitted.

The former cells now serve as quarters for some members of the PNP Special Action Force.