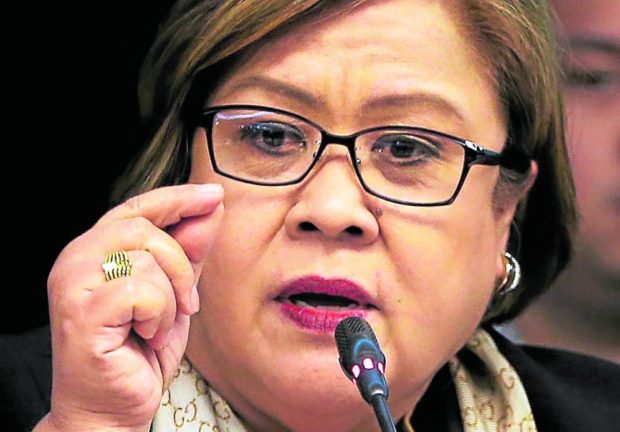 MANILA, Philippines — A resolution that seeks the release of former Senator Leila de Lima from the Philippine National Police Custodial Center has been filed in the Senate.

(We have filed one resolution together, were both authors, to free Se. Leila.)

(Basically, we enumerated the past half a decade of Sen. Leila’s experiences until the very recent event wherein at least three persons have recanted their testimonies against her. At the end of the resolution, Sen. Koko and I are asking – and one more senator in the majority bloc yesterday said that she will join us as a co-author – at the end, we are asking the Department of Justice to withdraw the cases against Sen. Leila and set her free.)

Hontiveros and Pimentel did not disclose the senator from the majority bloc who is a co-author of the resolution but hinted that the lawmaker is a woman.

Aside from Hontiveros, the other lady senators are Cynthia Villar, Imee Marcos, Pia Cayetano, Loren Legarda, Nancy Binay, and Grace Poe. All of them – except for Cayetano, who is an independent member of the Senate – belong to the majority bloc.

In 2017, de Lima was detained in the PNP Custodial Center at Camp Crame, Quezon City, over drug charges that she repeatedly denied and labeled as fabricated.

De Lima is a staunch critic of former President Rodrigo Duterte and his brutal war on drugs.

In 2021, Muntinlupa Regional Trial Court Branch 205 dismissed one of the three drug cases filed against the former lawmaker.