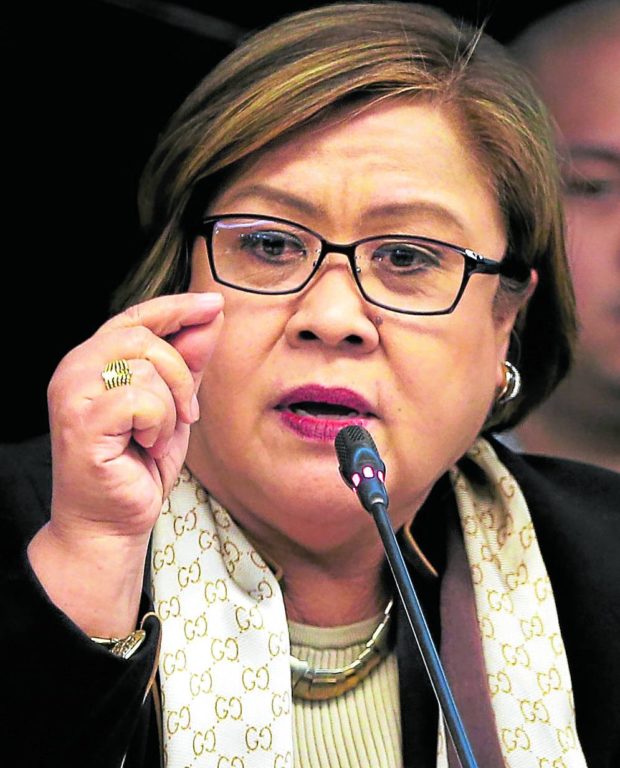 MANILA, Philippines — Detained Senator Leila de Lima still expressed appreciation for Rafael Ragos’ retraction of his allegations against her even if it was “five years too late.”

The fierce critic of President Rodrigo Duterte, who has been in detention in Camp Crame, Quezon City, since February 2017 on drug charges which she repeatedly denied, conveyed on Twitter her reaction to Ragos’ latest statements saying all the testimonies he made linking de Lima to the illegal drug trade inside the New Bilibid Prison are all false.

Ragos, a former officer-in-charge of the Bureau of Corrections, issued an affidavit notarized in Pasig City on April 30, 2022, disclosing that then Justice Secretary Vitaliano Aguirre II “interrogated and coerced” him to “admit something that did not happen.”

Ragos’ faced some members of the media in a conference and issued these statements a few days after self-confessed drug trader Kerwin Espinosa retracted his allegations against de Lima.

To recall, the Muntinlupa Regional Trial Court Branch 205 earlier granted her demurrer to evidence in Case Number 17-166, marking de Lima’s acquittal in one of the three cases, which she called a “moral victory.”