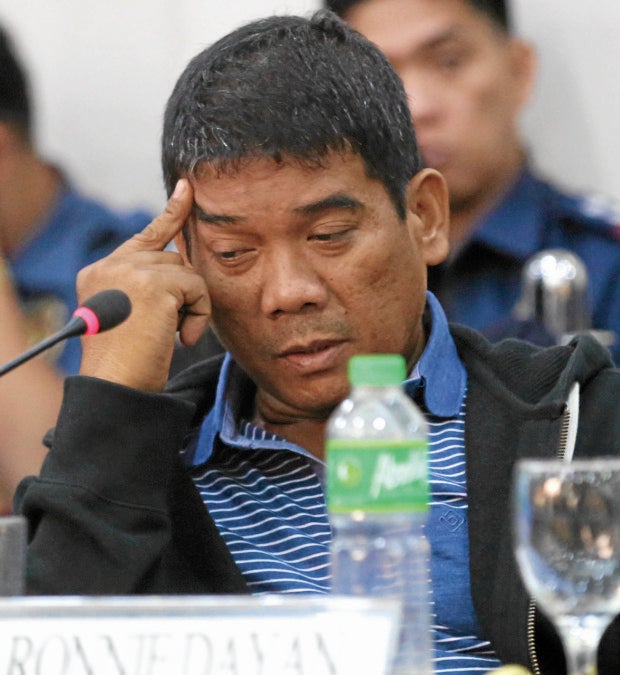 MANILA, Philippines — Whatever statements supposedly made by Ronnie Dayan, the former driver-bodyguard of detained Senator Leila de Lima, to Senator Manny Pacquiao were made “under duress and without the benefit of counsel.”

This was according to Dayan’s camp which issued the clarification after Pacquiao bared that De Lima’s ex-driver and bodyguard purportedly confessed to the senator about transporting money allegedly from the illegal drug trade at the New Bilibid Prison (NBP) in Muntinlupa City.

But in a manifestation filed before the Muntinlupa City Regional Trial Court Branches 204 and 256 dated April 4, Dayan’s counsel, Atty. Haidee Soriano, said “whatever statements” supposedly made by her client to Pacquiao, or during a Senate probe on the killing of Albuera Mayor Rolando Espinosa, were given “under duress.”

“Considering that said statement made by a prominent presidential candidate which was broadcasted by media nationwide might prejudice the trial of accused in the instant case, he would like to set the record straight on Sen. Pacquiao’s statement, not before media, but before the Honorable Court,” Soriano said.

“Whatever statements accused have made to Sen. Pacquiao or to the Senate at the time of the Senate Committee investigation in the latter part of 2016 on the killing of Albuera Mayor Rolando Espinosa were made under duress and without the benefit of counsel of his choice,” the lawyer added.

Further, Soriano stressed that Dayan had already ”repeatedly denied” in his counter-affidavits that he was involved in the illegal drug trade, including receiving money sourced from the drug trade.

Should De Lima be tried or released? 3 prexy bets weigh in