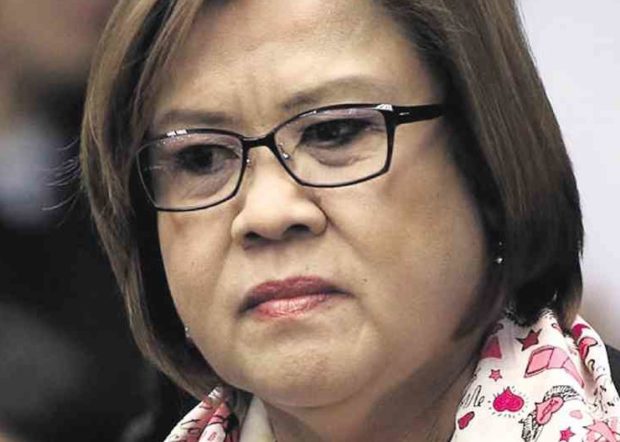 MANILA, Philippines — Six US senators have renewed their call for the prompt release of Senator Leila de Lima, following two key witnesses’ retraction of their allegations against her.

In a joint statement released on May 3, US Senators Marco Rubio, Ed Markey, Dick Durbin, Marsha Blackburn, Chris Coons, and Patrick Leahy stressed that the witnesses’ recent withdrawal of their drug accusations against de Lima “warrant her immediate release.”

“Clearly, the bogus charges against her were, as we suspected all along, politically-motivated and based on false information,” they said. De Lima was a known staunch critic of President Rodrigo Duterte.

The US senators also emphasized that it’s “a travesty” that de Lima “has lost five years in jail due to these spurious charges.”

“She should be released immediately and any remaining charges should be dropped without further delay,” they added.

De Lima welcomed the US senators’ call and expressed gratitude as they consistently vouched for her innocence.

“The recent development on my case, along with the unwavering trust and faith in me of prominent leaders and co-justice warriors, further bolsters my determination to fight against the lies and see this battle to end in freedom and vindication,” she said in a statement on Wednesday.

“After two witnesses recanted their allegations against me, it is clearer now that the charges against me are politically motivated, obviously invented by the Duterte machine of lies. I thank US Senators Marco Rubio, Ed Markey, Dick Durbin, Marsha Blackburn, Chris Coons, and Patrick Leahy, for acknowledging the truth and staying consistent in demanding justice for me,” she added.

Back in 2019, Senators Rubio and Markey filed the bipartisan Senate Resolution No. 142, supported by Senators Durbin, Blackburn, and Coons, calling for the immediate release of de Lima “from wrongful imprisonment and invoking Global Magnitsky sanctions against her persecutors.”

Espinosa and Ragos claimed in separate affidavits that they were “coerced” into making allegations that de Lima was involved in the illegal drug trade inside the New Bilibid Prison.

De Lima has been in detention since February 24, 2017, on what she branded as “trumped-up” drug charges.

De Lima, author and principal sponsor of the Pantawid Pamilyang Pilipino Program or 4Ps and other laws, was seeking reelection to the Senate in the coming May 9 elections.