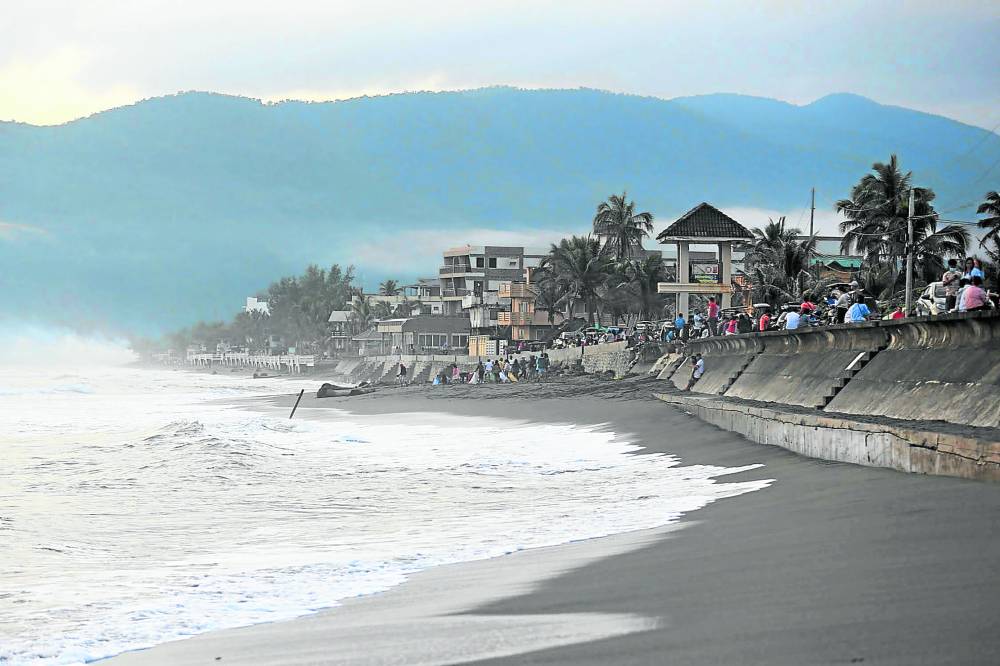 MORNING CALM Tourists and residents enjoy the sunrise on Sabang Beach in Baler, Aurora, in this photo taken in February. Aurora province has been described by its officials as “peace-loving,” but this tag has been stained this week by the slaying of a former provincial board member, his wife and their driver in Dipaculao town. —REM ZAMORA

MABALACAT CITY — The provincial government of Aurora on Thursday dangled a P500,000 reward for information that will lead to the arrest of people behind the ambush slaying of former Board Member Narciso Amansec, his wife, and their driver in Dipaculao town on Monday.

Gov. Christian Noveras announced the offer on a Facebook post, adding that he was also be personally giving a P100,000 reward for the arrest of the culprits. The cash reward was in addition to the P300,000 offered by Sen. Juan Edgardo “Sonny” Angara on Wednesday.

Noveras asked those who may have reliable information about the slaying to immediately coordinate with Police Col. Myles Angel Pascual, director of the Aurora police based at Camp Ravina in Baler town.

According to the police, Amansec, 60; his wife, Merlinda, 61; and their driver, Leonard Calusa, 42, were onboard a maroon Isuzu pickup truck when they were attacked by an undetermined number of gunmen at a portion of the provincial road in Dipaculao’s Dibutunan village around 5 p.m.

The National Bureau of Investigation also began its own parallel investigation into the killing.

According to Noveras, NBI investigators have been coordinating with the Aurora policemen since Tuesday afternoon. He also said that the Special Investigation Task Group Amansec of the Central Luzon police held its first meeting in Dipaculao, also on Tuesday.

Investigation reports and pieces of evidence gathered by the Aurora police had been turned over to the task group, the governor said.

In 2019, he tried to return to politics when he ran but lost to Rep. Rommel Rico Angara in the lone congressional district race. In the May elections, Amansec ran again but lost to former Gov. Gerardo Noveras in the vice gubernatorial race.

Angara, a former Aurora representative, described Amansec as a “political ally” who had waged a campaign against corruption after losing in the recent polls.

Amansec was also engaged in the construction business and operation of beach resorts in Dipaculao, the Inquirer learned.