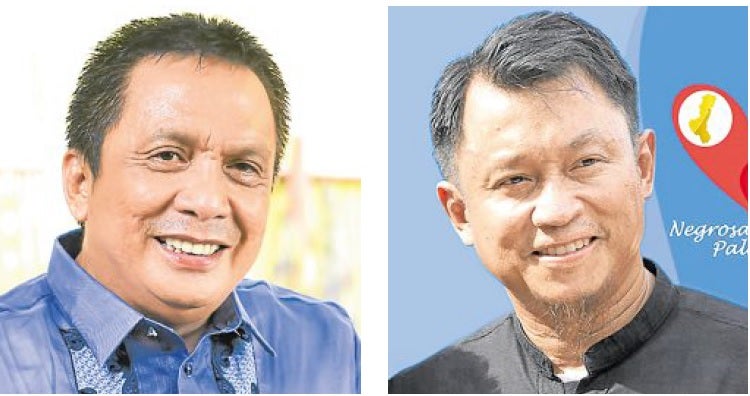 Even if Roel Degamo took his oath as governor before President Ferdinand “Bongbong” Marcos Jr. in Malacañang on Wednesday, his rival, Pryde Henry Teves, maintained that he remained the province’s chief executive.

Degamo said he already started performing his duties and functions as the province’s top executive while in Metro Manila and as soon as he took his oath. Teves, however, refused to leave the provincial capitol in Dumaguete City.

“I was already installed by the DILG (Department of the Interior and Local Government) as governor. I was already able to assume office. The DILG should uninstall me first,” Teves said.

The leadership crisis in the province started when Degamo was declared winner in the May gubernatorial race by the special board of canvassers after receiving the votes of Ruel Degamo, who was declared a nuisance candidate by the Comelec.

In an eight-minute video posted on Facebook on Wednesday, Degamo said all orders involving the Office of the Governor must emanate from him to “avoid complications.”

“Let me repeat it: I am now the governor,” he said.

Degamo said the DILG and the local police already met with Teves to inform the latter of the recent Comelec ruling.

“For as long as there is no order from the Supreme Court stopping me from assuming as governor of Negros Oriental, I should serve as the governor of the province,” he said.

Degamo said he issued several memoranda, including the return of some employees and department heads who were removed by Teves when the latter assumed as governor on June 30.

In a separate video posted on Facebook, Teves debunked talks that he had already stepped down as governor.

He said he would only step down if the high court or the DILG would ask him to. The SC, he said, is expected to decide on the matter on Oct. 11.

“At this moment, I am the governor. There is no order yet that I am uninstalled or unseated,” Teves said, stressing that he continued to perform his function as governor to avoid being charged with dereliction of duty.

Teves also assured authorities that there would be no “rallies or barricades” in case the SC or the DILG asked him to step down.

“Authorities could not just pull me out of the governor’s office without any document or court order. Also, it’s not possible to have two governors because there’s only one seat for that position,” he said.