In an empty kitchen, Yemeni family struggles with hunger 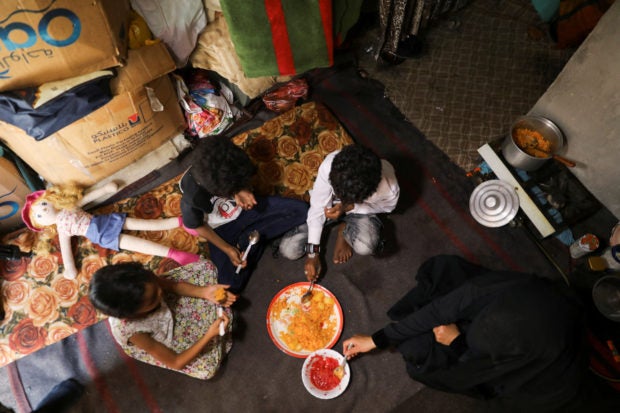 SANAA — In a bare kitchen in her house in the Yemeni capital Sanaa, Umm Zakaria al-Sharaabi prepares for a daily challenge – creating a meal out of virtually nothing to feed the 18 people in her extended family.

“Today we have yet to make lunch,” she says, gesturing at an empty stove. In the corner, a bag of bread and a few containers of spices are the only scraps of food to hand. “Every day is like this… We have nothing in the kitchen, we have nothing.”

Eight years of conflict, which started when Houthi rebels seized Sanaa and then expanded as a Saudi-led coalition launched air strikes against them, have devastated the economy and left millions of people across Yemen struggling to feed themselves.

A truce agreed in April offered some respite but the United Nations says the number of families who lack adequate food has continued to grow since then. The truce expired on Monday without agreement on another extension.

Umm Zakaria’s mother-in-law Umm Hani, who shares their home in central Sanaa, says before the war they lived modestly well on her husband’s salary from his job at the education ministry and money she earned as a maid.

“Our situation was okay. I used to work for a family continuously and my son… worked and his brother too.”

“Nowadays, I swear, we can’t afford flour,” Umm Hani says. “Look at the kitchen and everywhere. Even flour, simply flour, we don’t have it. And we don’t have rice…”

“We have a little bread I’ve just brought from the bakery. We’ll eat it with tomato sauce or anything available.”

The Sharaabi household’s struggles are shared across Yemen, both in the main populated areas like Sanaa controlled by the Iran-aligned Houthis, and the rest of the country held by forces backed by the Saudi-led coalition. Both sides have come under international pressure to reach a peace deal.

The United Nations says 19 million people – or 60% of the population – are experiencing what it calls acute food insecurity, where shortages put people’s lives or livelihoods in immediate danger. 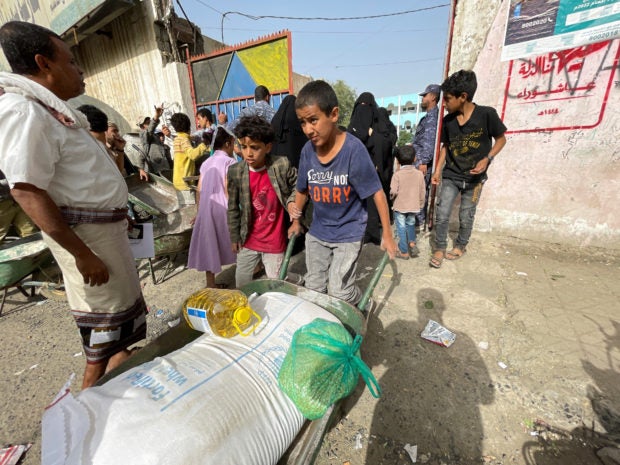 Aid from donor states meets only half of the country’s need, according to World Food Programme (WFP) which is running the largest operation in Yemen it has ever undertaken anywhere, supplying flour, pulses, oil, sugar and vouchers for food.

Families like the Sharaabis have battled on. Those who could, sold assets or family heirlooms, even parcels of land. Others have been supported by neighbors or relatives overseas.

“The Yemen people’s coping capacity in this time of conflict is enormous,” WFP’s Yemen representative Richard Ragan said. “(They are) doing all the coping things that someone does in a time of crisis. But it’s not easy. I think many people in the country are at a breaking point.”

Although the truce reduced the violence, Ragan said WFP was still building stockpiles and tackling the impact of fuel shortages. “When you are feeding almost 20 million people on a regular basis, it’s very hard to turn that on and off,” he said.

In the second half of the year, the number of people whose food insecurity was deemed an emergency has risen by a quarter to 7.14 million while those “in catastrophe” rose five-fold to 161,000, according to UN estimates.

“The biggest challenge … is that the inadequacy of the aid compared to the number of those in need continues to increase daily,” said Nabil al-Qadasi of the Houthi-run School Feeding and Humanitarian Relief Project, which delivers food to 3 million people in 12 of Yemen’s 21 provinces. 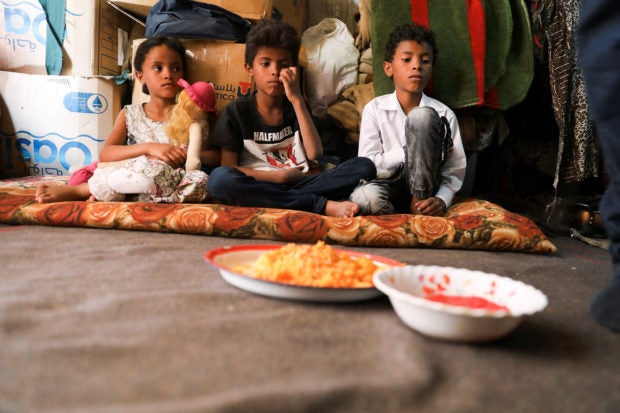 In Sanaa’s northern district of Geraf, Amal Hasan and her husband and three children live in a small single room where they moved after their previous rent became too high.

She is looking for a home with affordable rent, but says her day is dominated instead by worry about feeding her family.

“When they finish breakfast I start thinking of where to get them lunch. After that, I worry about dinner. I had never had the chance to think about how to build their future or educate them because we could barely manage to think of their food.”

Millions hungry but drought overlooked as Kenya prepares to vote

Read Next
Thailand-Laos railway project steams ahead, operations to start in mid-2023
EDITORS' PICK
House energy committee chair Arroyo bats for cheap electricity
EDITORIAL: To a bike-friendly future
Pagasa: Warm, sunny Sunday in most parts of PH
The Best Tech Gifts For The 2022 Holidays
Is it safe to talk politics again at family gatherings? ‘The Reconciliation Dinner’ shows us what that’s like
vivo’s coming to town to grant wishes with more holiday promos
MOST READ
LOOK: Vhong Navarro transferred to BJMP detention facility in Taguig
The Elephant Man in the Senate
Posh village as ‘shabu’ haven
LOOK: Zanjoe Marudo bonds with Ria Atayde, her family
Don't miss out on the latest news and information.