Thailand-Laos railway project steams ahead, operations to start in mid-2023 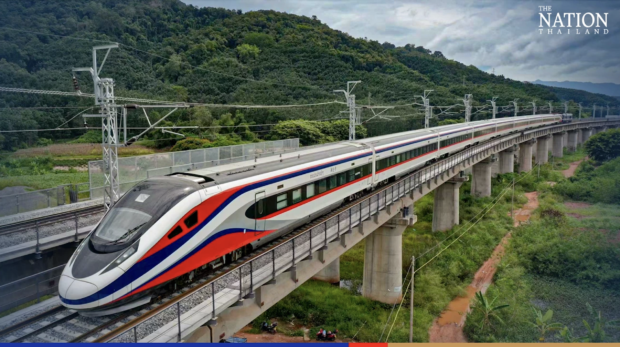 BANGKOK — The Thailand-Laos rail project linking the China-Laos railway is on track, with services expected to commence in mid-2023 and both countries agreeing that Thanaleng station in Vientiane’s Hadxayfong district will be an international one, the State Railway of Thailand (SRT) said on Wednesday.

During the latest meeting last month with representatives from the Lao National Railway Authority, the neighbouring nation agreed to send train operators, maintenance staff and related officials for training in Thailand, the SRT said.

The training is expected to be completed by December, after which both countries will discuss train operations and fees, as well as other related issues. The discussions are expected to wrap up before the scheduled opening date in mid-2023.

The project will see the railway linking Nong Khai province to the Laotian capital of Vientiane, where it will connect the China-Laos railway that runs to Kunming. This stretch went into operation in December last year.

The Thailand-Laos-China railway will be a boon for tourists and cross-border trade among the three countries.

Under the first phase, the Thailand-Laos rail line will sport four stations – Na Tha and Nong Khai in Thailand along with Thanaleng and Vientiane Khamsavath in Laos.

Train operations commence in mid-2023 with four return trips per day. The route will also run pass the Thanaleng Dry Port and a container yard.

The last phase, from 2025, will see the route further extended to Bang Sue Grand Station, with two return trips per day between Bangkok and Vientiane Khamsavath.