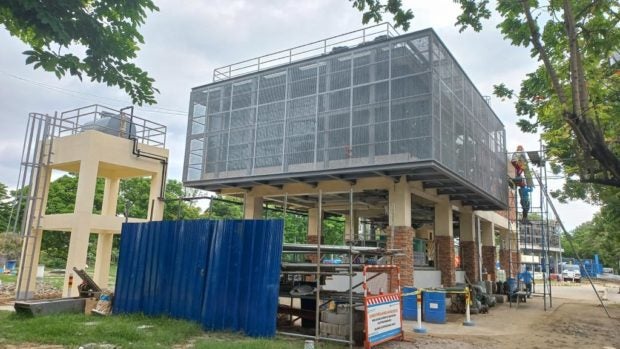 Manila Water retrofits its Olandes Sewage Treatment Plant (STP) to withstand floods caused by the overflowing of the nearby Marikina River. Once completed, operations of the facility will be unhampered nor uninterrupted even when the river reaches a 20-meter level. Contributed photo

MANILA, Philippines — As the Marikina River usually swells beyond its banks, especially during typhoon season, Manila Water has continued to improve the flood resiliency of its facilities near the river to ensure that flooding would not disrupt nor endanger its operations.

Notably, the water concessionaire is flood-proofing the Olandes Sewage Treatment Plant (STP), which began operations in 2010, and Marikina North STP.

The Olandes STP treats wastewater coming from Sitio Olandes, Brgy. Industrial Valley Complex in Marikina City and Barangays Blue Ridge A and B and Libis in Quezon City, covering a population of nearly 48,000.

“We are implementing this project to mitigate the effects of upcoming typhoon and flooding in the city since it is situated on a flood-prone area having been built beside the Marikina River,” Plant Manager Patrick Casal said.

Casal mentioned that  Ondoy and Ulysses typhoons caused the Marikina River to rise to the critical level of 22 meters, causing a 4-meter flood inside the Olandes STP which hampered its operations. 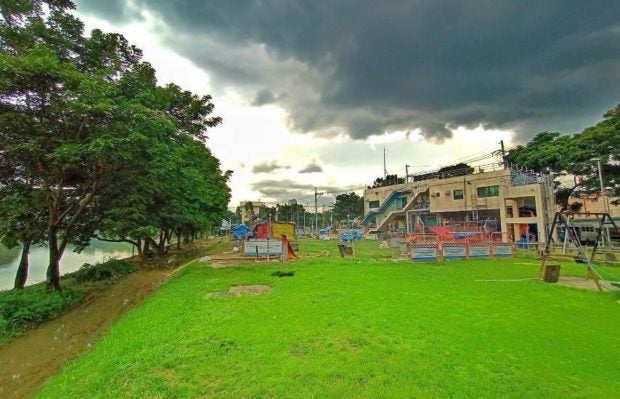 Manila Water retrofits its Olandes Sewage Treatment Plant (STP) to withstand floods caused by the overflowing of the nearby Marikina River. Once completed, operations of the facility will be unhampered nor uninterrupted even when the river reaches a 20-meter level. Contributed photo

“We ensure that the design itself conducted by the engineering team and proponent is flood resilient. We raised the diesel tank to prevent the reach of recorded flood levels. The basement ingress will be completely enclosed and with a submarine door as entry, allowing no flood to enter,” Construction Manager Diane Dionisio affirmed.

The basement ingress and the submarine door will be subject to flood and pressure tests to mimic flood and ensure they will be flood resilient. The project is targeted to be completed this October.

Another important Manila Water facility affected by typhoon Ulysses is the Marikina North Sewage Treatment Plant (STP) at Nangka, Marikina. Moreover, the wiring and equipment pools of the plant were raised to prevent breakage should flooding occur.