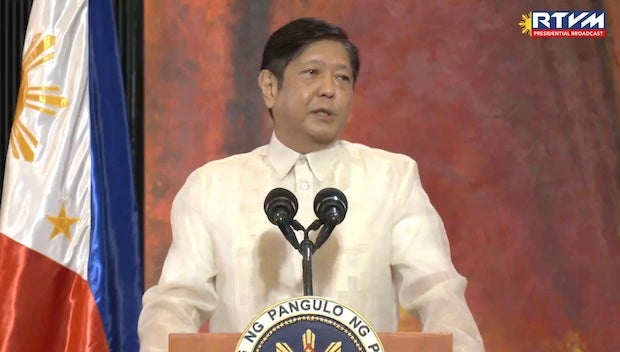 MANILA, Philippines — A “functional” government with “the best and the brightest” officials – that is what President Ferdinand Marcos Jr. says he has achieved in his first 100 days.

“I think what we have managed to do in the first 100 days is put together a government which is functional and which has a very, very good idea of what we are targeting in terms of strict economic targets,” Marcos said on Wednesday in his speech before the Manila Overseas Press Club.

He thanked his Cabinet, naming in particular his economic managers, for their efforts in transforming the country’s economy during the COVID-19 pandemic.

“We are grateful for their talent, to have them in place gives us a very distinct advantage as we try to transform our economy for the next two years,” Marcos said.

The president also touted how his recent state visits to Singapore and Indonesia boosted trade and encouraged investment in vital industries.

He added that he was also able to give the world an idea of how the Philippines had been coping with current problems when he attended the 77th session of the United Nations General Assembly in New York City last month.

“We have been able to show that the Philippines is standing on its feet. The Philippines continues to have its aspirations and its dreams, and we are willing to do our part in making those dreams come true,” Marcos said.