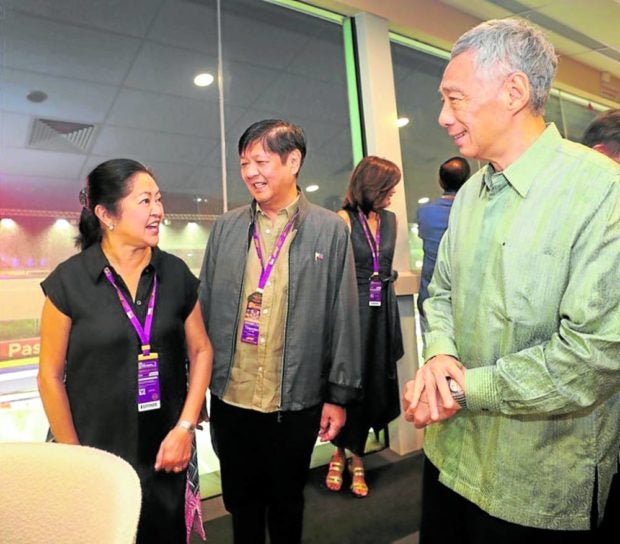 Lucas Bersamin, the Palace’s new executive secretary, said it’s “irrelevant” whether Marcos’ trip to Singapore was paid for with private or government funds.

“How can this be irrelevant when it seems that millions have been spent of taxpayers’ money for a junket of the president’s family and friends, masquerading as a ‘productive’ trip for the country to justify its extravagance,” House Deputy Minority Leader and ACT Teachers Party-list Rep. France Castro argued on Wednesday.

She blasted Malacañang officials and staff for not knowing or disclosing whether the government’s Gulfstream G280 aircraft was used for Marcos’ secret weekend trip.

“What the President and Malacañang are doing now, by not being forthright and honest, is not a good example to the youth. The President is given power and certain privileges, but the position also comes with the responsibility of being true to the public and their interests. He cannot simply slack off and later make up excuses when he’s caught,” Castro said in a mix of English and Filipino.

Liberal Party President and Albay Rep. Edcel Lagman joined the chorus of calls for Malacañang to identify the funder of the “insensitive escapade.”

“The public is entitled to know whether public or private money was used for the Marcos family holiday because in either case, funds were not spent frugally and wisely,” he said in a separate statement.

Lagman also criticized the trip’s “flawed principal purpose,” responding to Malacañang’s justification that Marcos’ Singapore F1 Grand Prix trip had been “productive” since the President was able to meet with foreign officials on the sidelines of the event.

“No amount of justification that the President was able to talk to some foreign officials at the sideline of the racetrack will diminish the flawed principal purpose of the trip to watch Formula 1 racers even as Filipinos race for survival under the onslaught of escalating inflation,” he stressed.