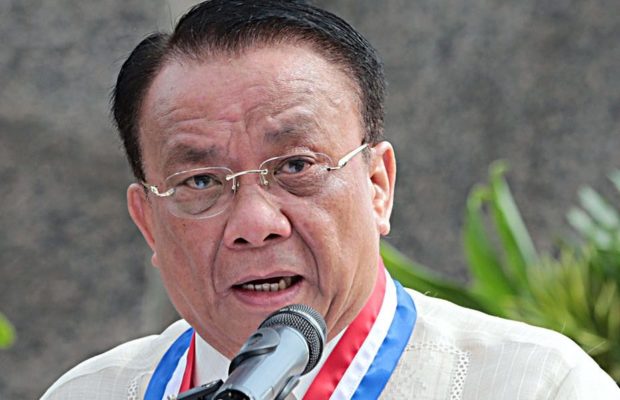 “Wala kaming direct knowledge kung paano ang funding niyan but I am sure if that was the trip of the President, you do not need to be too particular about where the funds were sourced kasi he was still performing his job as president when he was abroad although that is not an official state visit,” he told reporters in an interview.

(We do not have direct knowledge as to the funding of the trip but I am sure that if it was the trip of the President, you do not need to be too particular about where the funds were sourced because he was still performing his job as president when he was abroad although that is not an official state visit.)

“Now, whether it was a fully paid trip or not is irrelevant,” he said.

The Palace did not officially inform the public about Marcos’ trip to Singapore, despite repeated queries by reporters.

The trip was held just weeks after the President flew there for a state visit and barely a week after a super typhoon wreaked havoc over some parts of the Philippines.

Bersamin also reasoned that the country’s laws accord “great value and importance” to the welfare of the President and the First Family.

“So, it’s beyond the issue. It’s not relevant at all to question, to ask kung sino gumastos. Basta he [Marcos] was doing something for us,” Bersamin added.

He added that if public funds were used, it “shouldn’t be a problem” and the public should not be too rigid in thinking taxes should not be used on the President’s trips.

He also said Marcos also could pay for the trip out of his own pockets.

“If public funds were spent, walang problema diyan (there is not problem there) because that was also a trip undertaken for the interest of the Philippines,” the Executive Secretary said.

“Do not be too rigid in thinking na hindi mo dapat gastusan ng taxes kung ginamit. You have the obligation to secure to ensure that the President travels safely. Whose obligation is that? The government,” he said.

(Do not be rigid in thinking that taxes should not be used. The government must secure, to ensure that the President travels safely.)

(I’m not saying that the President used public funds. The President is capable of paying for the trip himself.)

Malacañang only confirmed the President’s trip to Singapore on Monday, October 3, calling it a “productive trip.”

On the same day, Marcos Jr. posted several photos of this trip on social media, calling it a “productive weekend.”

“It was fulfilling to have been invited alongside several dignitaries and to have met new business friends who showed that they are ready and willing to invest in the Philippines. Will be sharing more details on this at a later time,” he said, without giving further details.