NUPL thankful to SC for giving Badoy ‘due process:’ It’s what we value too | Inquirer News

NUPL thankful to SC for giving Badoy ‘due process:’ It’s what we value too 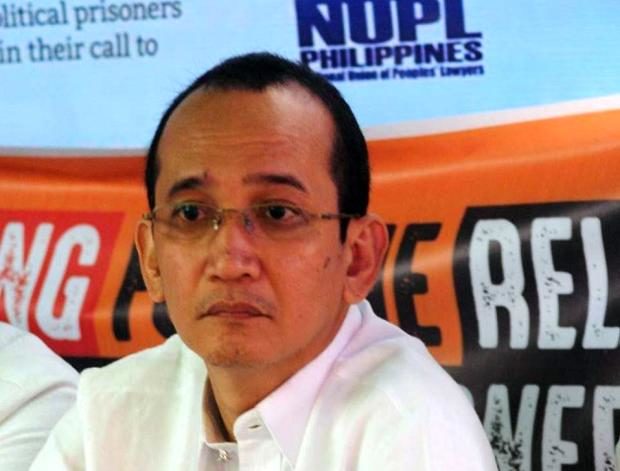 MANILA, Philippines — The National Union of People’s Lawyers (NUPL) has expressed gratitude to the Supreme Court (SC) for asking former undersecretary Lorraine Badoy to explain her side regarding the alleged threats to a Manila judge, noting that despite their differences, they value due process.

In a statement on Tuesday, NUPL president Edre Olalia said that they are also thankful that the SC followed up on its warning to Badoy, who was criticized for claiming that Manila Regional Trial Court Judge Marlo Magdoza-Malagar is lawyering for communists after she junked a petition to designate communist rebels as terrorist groups.

SC earlier issued a show-cause order to Badoy, asking her to explain why she should not be cited in contempt after allegedly threatening physical harm to Magdoza-Malagar.

“We are gratified that the High Court has followed through its motu propio warning to one Lorraine Badoy and for affording her what we value and practice: due process,” Olalia said.

According to the NUPL head, they are also hoping that SC takes note of their September 26 statement condemning the attacks on judicial independence, which over 600 lawyers signed.

“We hope the Court also takes good note of the Sep 26 Statement ‘Lawyers Call For Action Against Attacks On Judicial Independence’ signed by 485 lawyers (now 612), which was officially submitted last Sep 30,” Olalia said.

“We also await at the proper time that relative to the factual and legal issues defined by the Court, the cognate issues of redtagging not only on Judge Malagar but also against lawyers be necessarily touched upon in the ultimate resolution of the matter,” he added.

Badoy sparked controversy anew after she raised the possibility of harming the judge in a now-deleted Facebook post, which was followed up by a supposed threat to bomb the offices of “corrupt” judges.

This was after Magdoza-Malagar dismissed a petition from the Department of Justice (DOJ) to declare the Communist Party of the Philippines and the New People’s Army (CPP-NPA) as terrorists.  DOJ officials said that the specific case was tried using the old Human Security Act of 2007 and not the Anti-Terrorism Act of 2020, hence the dismissal.

Badoy has since claimed that her words were just manipulated by the CPP-NPA and the National Democratic Front to make it seem that she wants to harm people — claiming that their operatives in the media have “blown it out of proportion”.

The statements from Badoy had led the SC to sternly warn those who incite violence through social media to endanger the lives of judges and their families will be “considered a contempt of this court.”

It also prompted the lawmakers from the House of Representatives Makabayan bloc to ask different agencies defending their budget, like the Department of the Interior and Local Government (DILG), how it can respond to Badoy’s threats.

In response, the DILG’s budget sponsor said that Badoy would be under investigation by the Philippine National Police (PNP) for issuing threats against the judge.