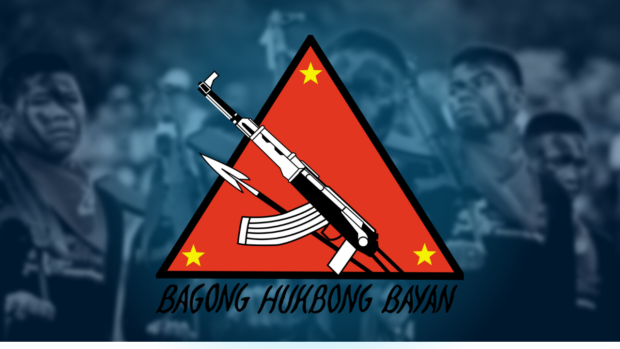 MANILA, Philippines — In a Sept. 23 post on Facebook, a former spokesperson for the government’s anti-communist task force ranted against the judge who dismissed the Department of Justice (DOJ) petition to outlaw the Communist Party of the Philippines (CPP) and its armed wing, the New People’s Army (NPA).

Lorraine Badoy accused Manila Regional Trial Court (RTC) Branch 19 Presiding Judge Marlo Apalisok Magdoza-Malagar of lawyering for the CPP-NPA after she dismissed the DOJ’s 2018 proscription petition. She called the judge a “friend” and “true ally” of the insurgents who gave her 135-page decision as a “gift” and “propaganda material.”

But who is this judge that Badoy called an “idiot,” who ruled that the CPP and the NPA were not terrorist organizations?

Throughout her career, Malagar showed how to dispense justice: merciless against those who violate the law and respectful of those who abide by it.

She has demonstrated that the law rules over everyone, even those who serve the judiciary.

In September 2011, Malagar was directed by the Office of the Court Administrator (OCA) to investigate an anonymous complaint against four Manila MeTC employees — three who allegedly faked their daily time records and their superior, the clerk of court, who supposedly tolerated the practice.

After a three-month probe, Malagar recommended falsification and absenteeism charges against one employee, and tardiness and dereliction of duty against another. She found the third employee faultless and recommended a warning against the clerk of court, who later confessed to being lenient with the other employees.

After going through her findings, the OCA submitted a report to the Supreme Court in 2015. The high tribunal finally ruled in 2017 to suspend one employee with fraudulent time records for three months without pay and fined the second P20,000. The charges against the third employee were dismissed.

In 2012, then President Benigno Aquino III. appointed Malagar as a judge in the Manila RTC. She received an Outstanding RTC Judge award from the city five years later.

Malagar has shown that the law punishes all offenders, both young and old.

In February this year, she sentenced six Colegio de San Juan de Letran students aged 18 to 20 to life imprisonment for kidnapping another student in 2018. She rejected their defense that the abduction was part of a “hazing rite” as the students had demanded ransom from the parents of the victim.

On Nov. 24, 2021, she acquitted two activists who were arrested in a crackdown in 2019 after finding inconsistencies and irregularities in the search warrants implemented by the police and that the prosecution presented improper and baseless evidence.

Aside from being a trial court judge, she had served as a plenary speaker for the International Association of Women Judges, a group pushing for a more gender-inclusive perspective on judicial systems globally.

Malagar presented a paper on the conditions of Filipino female prisoners, particularly in regard to their reproductive rights, at the Women’s Rights Summit in Lisbon in November 2018.

She has also cochaired Task Force Katarungan, a project of the International Committee of the Red Cross that intends to decongest jails.

Malagar now also is a member of the faculty at the Institute of Law and the School of Law and Governance of the University of Asia and the Pacific, according to the university website.

The online attacks against Malagar led by Badoy and her followers have prompted a former president of the Integrated Bar of the Philippines to call on the Supreme Court to provide “clear and concrete” assistance to ensure the protection of lawyers and judges who are victims of red-tagging.

Lawyer Domingo Cayosa told the Inquirer that the court should “do a lot more,” including educating the public on judicial roles and processes.

The government should also pass anti-red tagging laws to prosecute and penalize people engaged in the practice, he said.

“The new national security adviser announced that red-tagging would be discontinued, but it remains to be seen,” Cayosa said in a text message.

In her now-deleted Facebook post, Badoy said: “So if I kill this judge and I do so out of my political belief that all allies of the CPP NPA NDF must be killed because there is no difference in my mind between a member of the CPP NPA NDF and their friends, then please be lenient with me.”

“Criticizing or commenting on a judicial decision is part of freedom of expression,” he said.

Malagar is not the first judge to be red-tagged after ruling in favor of persons linked to the insurgents by the National Task Force to End Local Communist Armed Conflict (NTF-Elcac).

In March last year, a poster on an Edsa pedestrian overpass tagged Mandaluyong RTC Judge Monique Quisumbing-Ignacio as a member of the communist movement after she dismissed the cases against journalist Lady Ann Salem and labor organizer Rodrigo Esparago and ordered their release from detention.

DOJ bid to brand Reds as terrorists falters, but seen as trigger in red tag killings