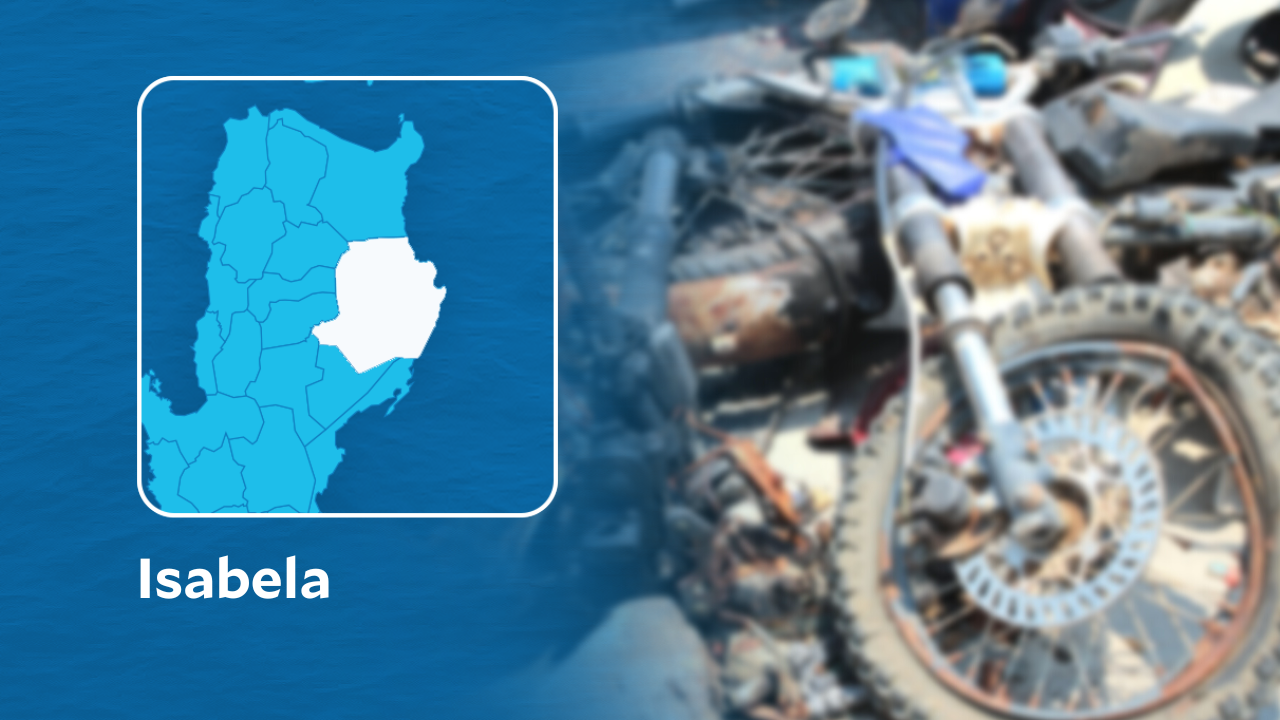 GAMU, Isabela — Two construction workers died after their motorcycle collided with a van along a bypass road in Guibang village here at dawn on Monday, police said.

The fatalities were identified as motorcycle rider Randy Ramos, 36, and back rider Randy Lariosa, 44, both from Naguilian town, also in Isabela.

Investigators said the motorcycle collided with a Grandia van owned and driven by Benedicto Yacat Jr., 36, of Tondo, Manila.

Both vehicles were allegedly driving recklessly at the time of the accident.

Police said the van encroached on the other lane, causing it to crash into the motorcycle.

The victims, who suffered severe head and body injuries, were taken to Governor Faustino N. Dy Memorial Hospital in Ilagan City, where they were declared dead on arrival.

Yacat was temporarily placed in police custody while a case of reckless imprudence resulting in double homicide is being prepared against him. INQ