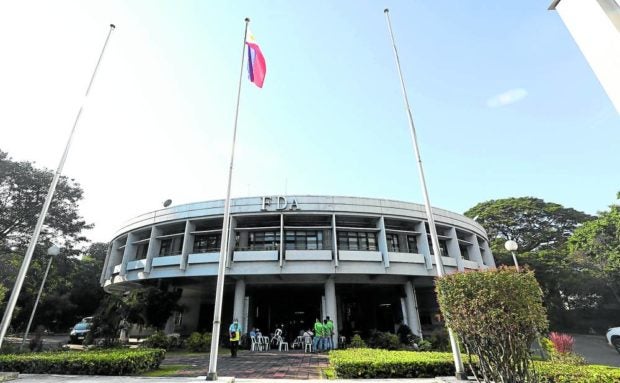 MANILA, Philippines — Senator Raffy Tulfo on Monday alleged that the Food and Drug Administration (FDA) is experiencing chronic bribery episodes and that an FDA officer appears to be in a conflict of interest.

During a hearing of the Senate finance committee on the 2023 budget of the Department of Health (DOH), Tulfo said his “sources” told him that bribes are involved in the registration of products. He also said that the buy-off ranges from P5 million to P10 million per product registration.

He likewise mentioned that former FDA director general Sherry Puno admitted to him that corruption exists in the registration of products and that there was an attempt to cleanse the agency.

(Puno admitted to me that there are incidents of bribery in the FDA, and the agency is already taking steps to address the problem. However, later on, she was sacked. Corruption persisted after she left; P5 million, occasionally P10 million, was demanded for the registration of each product.)

“‘Yan dapat talaga imbestigahan ninyo (You should really investigate that),” he added.

Tulfo also told the FDA chief to investigate the alleged conflict of interest on the agency’s director for cosmetics and household urban hazardous substances regulation and research, Ana Trinidad Rivera.

The senator claimed Rivera has a sibling working for a big pharmaceutical firm in the country, suggesting that the director be relocated to another post.

(Did you know she has a sibling working in Zuellig? Of course, that’s a conflict of interest if true, but if you’ll tell me that it’s not true, you will be ashamed.)

(If there’s one, you should give her a new position, maybe in janitorial services maybe she fits there to clean up.)

FDA chief Zacate assured the senators that he would investigate the bribery and conflict of interest issues. However, he pointed out that the designation of FDA directors is lodged with the DOH secretary.

Senator Pia Cayetano, who was presiding over the DOH budget hearing, asked the agencies to submit information on its rules on conflict of interest.

She also suggested that a lifestyle check among the FDA’s officials and personnel be conducted.