Understanding digitalization: Why PH needs to do more | Inquirer News

Understanding digitalization: Why PH needs to do more 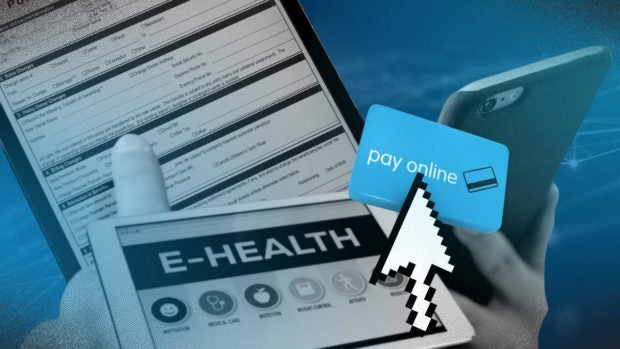 MANILA, Philippines—Digitalization, one of the visions of the present administration, is expected to get P12.47 billion next year, the Department of Budget and Management (DBM) said.

Pangandaman earlier said the Bureau of Internal Revenue and Bureau of Customs will likewise get P3.56 billion, which she stressed is 28.6 percent of the proposed P12.47 billion for the digitalization of government processes and transactions.

“Let us include private partnerships to maximize the service that we give to the people. Let us use that to implement critical projects in each locality, especially those related to infrastructure and digitalization,” he said.

World Bank (WB) stressed that a “well-suited” digital infrastructure can improve the work of governments— national, regional and local—especially since “data will be central in enabling digital development.”

According to IMD’s World Digital Competitiveness Ranking 2022, the Philippines has slightly improved with a score of 52.81, placing it higher in a database that evaluates the competitiveness of economies in shifting to digital technology.

That ranking measures the capacity and readiness of 63 economies to shift to digitalization as a “key driver for economic transformation in business, government and wider society.”

But while the Philippines placed higher this year—from 58th in 2021 to 56th in 2022—it was still last on the list of Southeast Asian economies that were in IMD’s World Digital Competitiveness Ranking 2022. 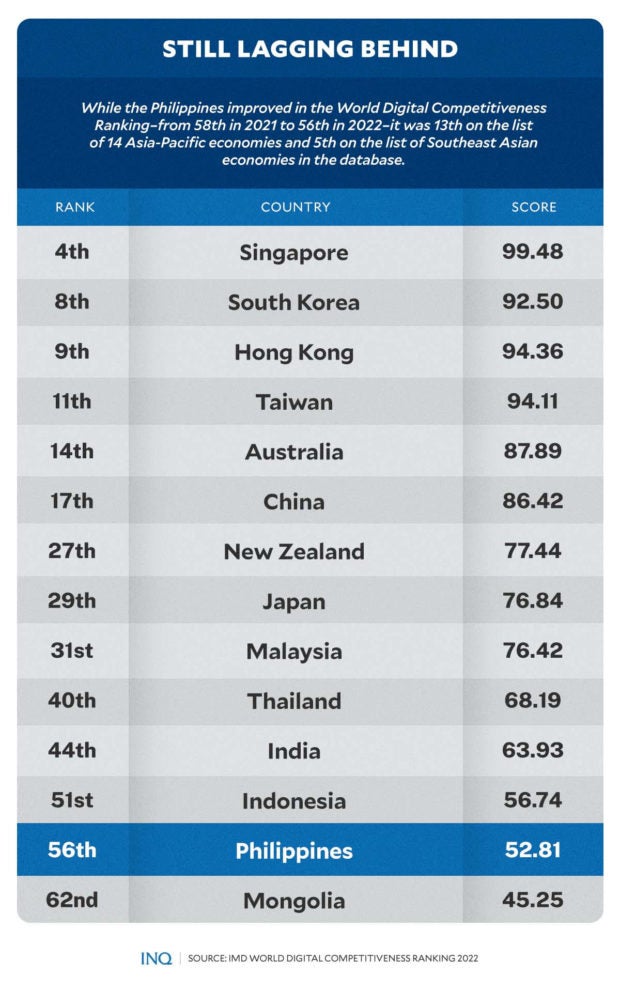 Compared to the 14 Asia-Pacific economies on the list, the Philippines likewise lagged behind and was only ahead of Mongolia, which placed 62nd with a score of 42.45.

“This ranking describes the importance of national factors in explaining the digital transformation of companies and the adoption of digital practices by citizens,” said Arturo Bais, director of the World Competitive Center.

IMD said it considers three components to determine an economy’s score—knowledge, technology, and readiness. The Philippines, it said, saw improvements this year except for readiness.

According to data from IMD, the Philippines moved up to 62nd this year from 63rd last year when it comes to knowledge, the “Intangible infrastructure” that enables the discovery, understanding, and learning of new technologies.

This was because of improvements in training and education, it said. However, with regard to scientific concentration, the Philippines slightly fell—from 56th in 2021 to 57th in 2022.

Then in technology, the Philippines’ ranking likewise improved from 54th last year to 49th this year because of improvement in technological framework and maintained score for regulatory framework and capital. 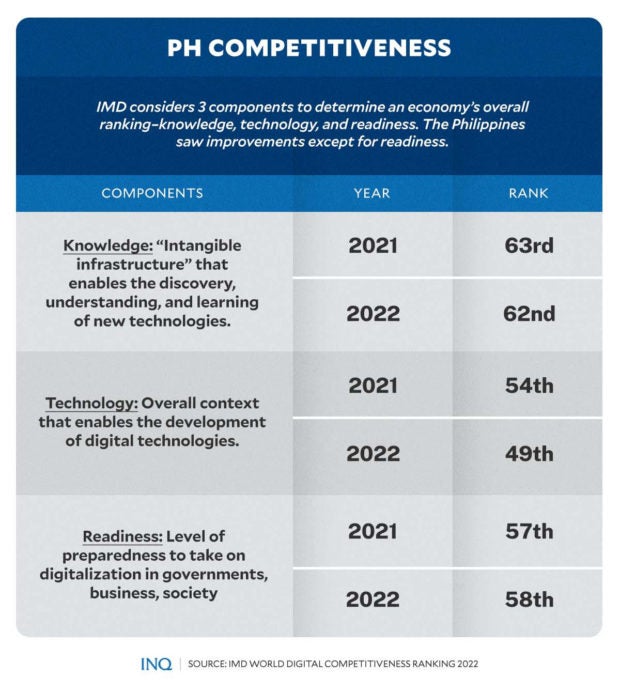 But with regard to readiness, which is the level of preparedness to take on digitalization in governments, business, and society, the Philippines placed lower—from 57th in 2021 to 58th in 2022.

IMD said this was because the Philippines only had one strength when it comes to readiness: attitude toward globalization. It had a lower score for business agility, while its score for information technology integration was the same as last year’s.

Dr. Sherwin Ona, a political science and development studies associate professor at the De La Salle University, said people, especially the young, have demands and “if we wait to respond […] chances are we’ll be left with nothing.”

However, he stressed that digitalization should always come with its “most important aspect”—a coherent vision. “What do we want? How do we get there? What is the technology that we can use?” 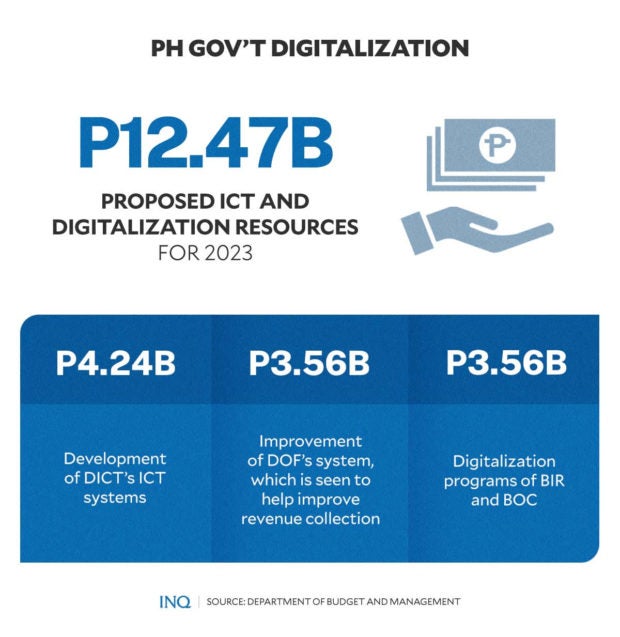 Ona also said digitalization should not only make services faster, stressing that it should create a “tool for inclusion, innovation, resilience and good governance” because having people engaged will enable the government to work better.

“If we create open spaces, new things will flourish, we can engage more. We can stamp corruption out. Services will be more efficient, more transparent,” he said at an online conference organized by the think tank Stratbase ADR Institute. 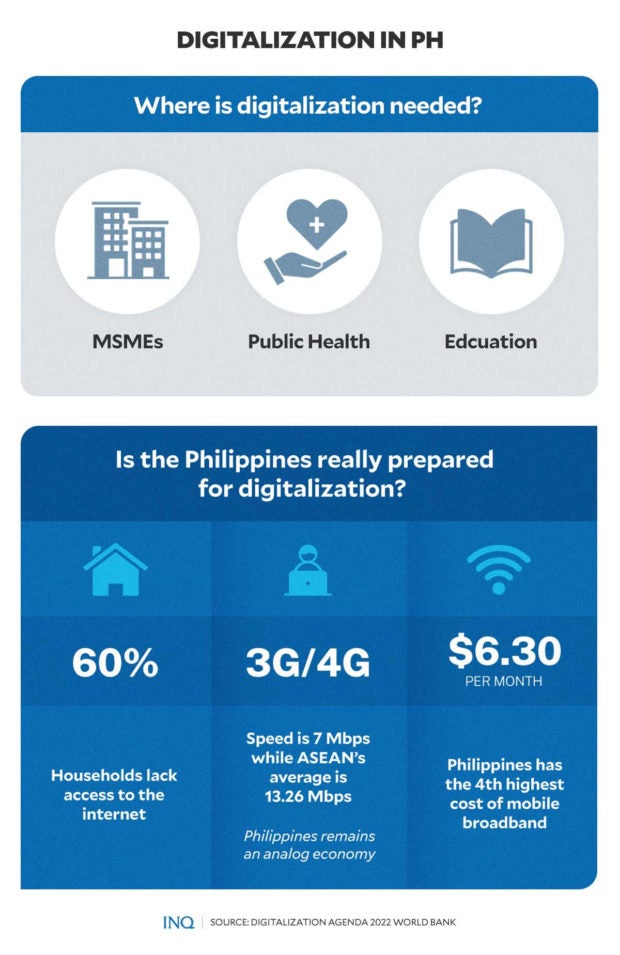 Ona said if the government will invest in digitalization, these “high impact areas” should be first considered: public health, micro, small and medium enterprises (MSMEs), and education.

RELATED STORY: The push for MSME digitalization and innovation

Is it easy, though?

The World Digital Competitiveness Ranking 2022’s findings, IMD said, highlighted that governments and private institutions need to shield their digital infrastructure from cyber attacks if they want to continue in the race for digitally competitive economies.

“All things being equal, economies that want to develop a solid roadmap for digitalization should invest equal amounts in talent, training and education, scientific concentration and research and development,” it said.

As stressed by Mary Grace Santos, policy analyst at Secure Connections, a coalition of experts and stakeholders working together to improve cybersecurity in the Philippines, digitalization “entails a huge challenge.”

“There are limitless possibilities and opportunities for digitalization. Digitalization is not one-off, it’s a continuous process, which requires constant review, adjusting, and updating. It can start with the basic digitization of records from paper to digital format.”

“But even this seemingly simple task entails a huge challenge. For example, digitizing business permit records will require a review, verification, and correction (as necessary) of existing information,” she told INQUIRER.net.

“Only when digital technologies are used to improve workflows and automate existing processes does digitalization really take place.”

That said, digitalization should be accompanied by measures to ensure the information security of ICT networks, information systems, and digital assets, especially of public institutions that operate and maintain critical infrastructure, she stressed.

What should the gov’t do?

Santos said the President must issue a national policy directive on the protection of critical information infrastructure, such as an executive order, to mandate the heads of agencies to comply with minimum information security standards, as prescribed by the DICT, and to enforce the same on the critical infrastructure sector and constituents under their jurisdiction.

“This directive should require each government institution to create a computer emergency response team (CERT), who shall be responsible for responding to cybersecurity incidents, such as hacking or a breach, and reporting such incidents to a national CERT.”

She stressed that it should also mandate public institutions, starting with those involved in critical infrastructure, to designate personnel with cybersecurity credentials.

“These crucial first steps are important in ensuring that the whole of government, beginning with those that provide critical services, will put in place the measures necessary to mitigate information security risks, respond to cyber incidents in a timely and appropriate manner, and build their cyber resilience.”

This, as based on the website cybersaint.io, “the increased adoption of digital transformation has changed cybersecurity as we know it.”

“This is because cyberattacks, data breaches, and other cyber events are increasing as the threat surface grows and businesses adopt more digital technologies in various areas of their industry in pursuit of new business models and enhanced customer experiences.”