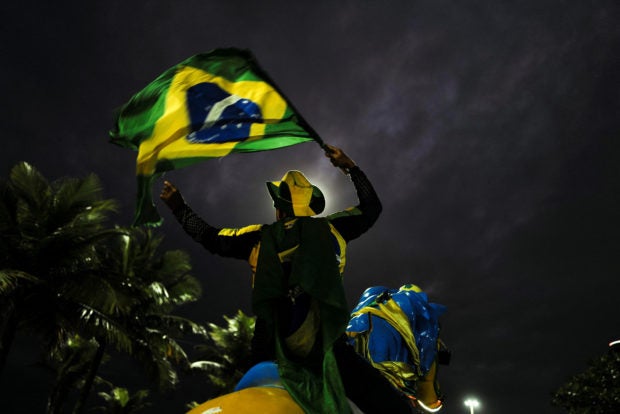 With 95% of electronic votes counted, Lula was ahead with 47.6% of votes versus 43.9% for Bolsonaro, the national electoral authority reported. As neither got a majority of support, the race will go to a second-round vote on October 30.

Several opinion surveys had shown Lula leading Bolsonaro by 10-15 percentage points ahead of Sunday’s vote. The much tighter result dashed expectations of a quick resolution to a deeply polarized election in the world’s fourth-largest democracy.

Bolsonaro had questioned polls that showed him losing to Lula in the first round, saying they did not capture enthusiasm he saw on the campaign trail. He has also attacked the integrity of Brazil’s electronic voting system without evidence, and suggested he might not concede if he lost.

Political observers had said a wide margin of victory for Lula could sap Bolsonaro of support to challenge the electoral results. But Sunday’s vote, extending a tense and violent election by another four weeks, revitalized his campaign.

“The extreme right is very strong across Brazil,” said Carlos Melo, a political scientist at the Insper business school. “Lula’s second-round victory is now less likely. Bolsonaro will arrive with a lot of strength for re-election.” 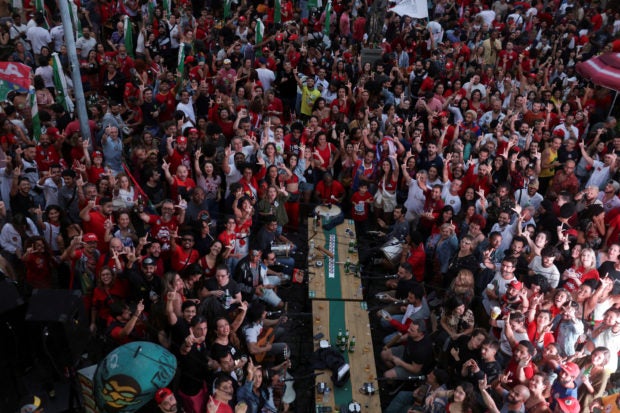 People, amid a crowd of supporters of presidential candidate Luiz Inacio Lula da Silva, gesture at a samba in Largo da Prainha on the day of the presidential election, in Rio de Janeiro, Brazil October 2, 2022. REUTERS/Ricardo Moraes

Some polls had suggested Lula could win over 50% of valid votes, allowing him to avoid the run-off against his fierce rival. But as results trickled in, that looked unlikely.

Outside Bolsonaro’s family home in Rio de Janeiro’s Barra da Tijuca neighborhood, the scene of jubilant celebrations when Bolsonaro was elected in 2018, the mood was increasingly upbeat.

Maria Lourdes de Noronha, 63, said only fraud could prevent a Bolsonaro victory, adding that “we will not accept it” if he loses. “The polls in our country, the media, and journalists, are liars, rascals, shameless,” she said.

Although he ended his 2003-2010 government with record popularity, Lula is now loathed by many Brazilians after he was convicted of accepting bribes and jailed during the last election. His conviction was later overturned by the Supreme Court, allowing him to face his rival Bolsonaro this year, along with nine other candidates from an array of smaller parties.

He has dismantled environmental and indigenous protections to the delight of commercial farmers and wildcat miners, while pushing an anti-gay and anti-abortion agenda.

His popularity has suffered since the coronavirus pandemic, which he dismissed as a “little flu.” Corruption scandals also forced ministers out of his government and focused a harsh spotlight on his lawmaker sons.

Yet Sunday’s vote shows his support is far from collapsing.

Lula’s proposals for Brazil have been light on details, but he promises to improve the fortunes of Brazil’s poor and working classes, as he did as president from 2003-2010, when he lifted millions out of poverty and burnished Brazil’s global influence.

While in power, Lula’s approval rating soared as he expanded Brazil’s social safety net amid a commodity-driven economic boom. But in the years after he left office, the economy collapsed, his hand-picked successor was impeached and many of his associates went to prison.

Lula himself spent 19 months in jail for bribery convictions that were thrown out by the Supreme Court last year.