Foreigners can own 100% of renewable energy projects – DOJ | Inquirer News

Foreigners can own 100% of renewable energy projects – DOJ 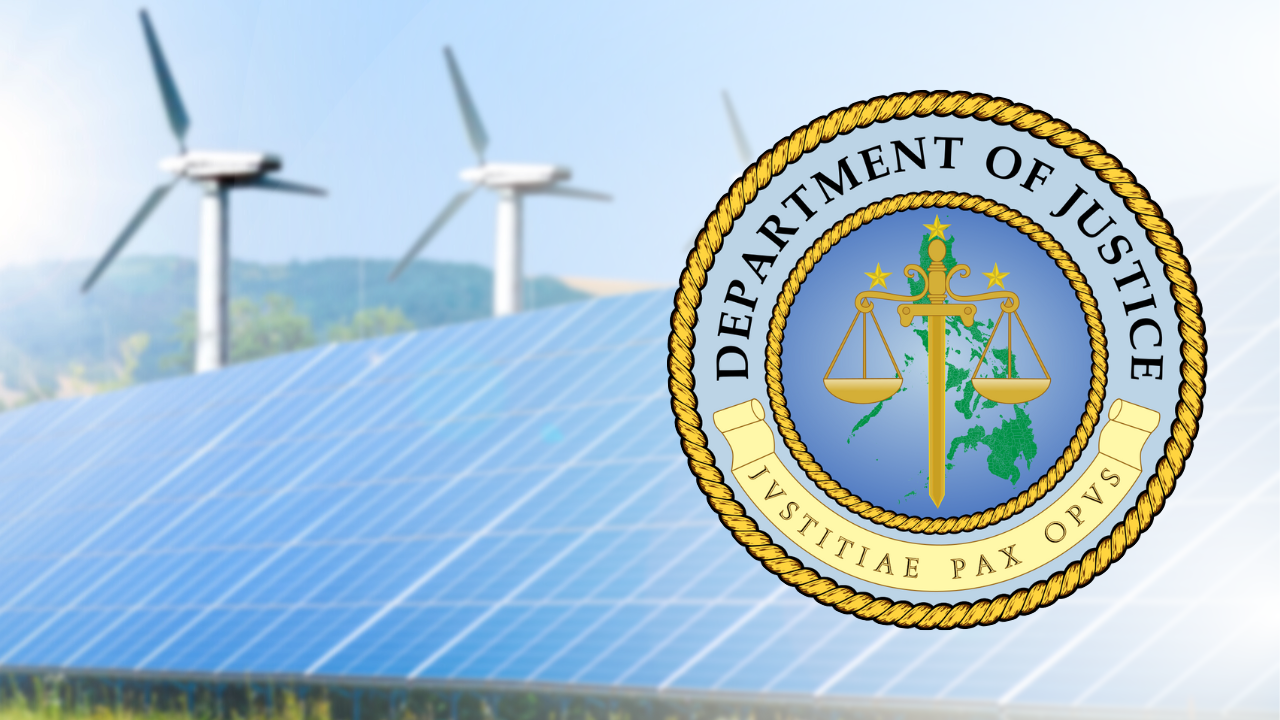 MANILA, Philippines — The Marcos administration’s aspiration of ramping up the use of more indigenous and renewable energy (RE) in the Philippines got a big boost after the Department of Justice (DOJ) opined that investments in this sector are not subject to the Constitution’s foreign ownership restriction of 40 percent of businesses.

In its Sept. 29 opinion, the DOJ explained that Section 2, Article XII of the 1987 Constitution—on the exploration, development and utilization of natural resources — “only covers things that are susceptible to appropriation, thus excluding the sun, the wind, and the ocean.”

It said the phrase “all forces of potential energy” outlined in the Constitution should be interpreted to exclude “kinetic energy.”

Renewable energy sources such as solar, wind, hydro and ocean or tidal energy are considered kinetic energy, or energy in motion, while potential energy refers to energy at rest.

“Moreover, the intent of the constitutional foreign ownership restriction was to preserve for Filipinos limited and exhaustible resources,” the DOJ added.

“The compelling reason behind the constitutional foreign ownership restriction finds no application to inexhaustible renewable energy sources,” it said.

However, the DOJ said the Department of Energy (DOE) must amend the implementing rules and regulations of Republic Act No. 9513, or the Renewable Energy Act of 2008, before more foreign investments in the renewable space could be entertained.

Energy Secretary Raphael Lotilla said the DOE was undertaking the necessary revisions to the guidelines of RA 9513, which puts the exploration, development, production and utilization of natural resources under the government’s full control and supervision.

Based on the current rules, foreign developers may be allowed to undertake renewable energy development through a service or operating contract with the government, but their ownership stake is capped at 40 percent.

“The DOJ also noted that the “appropriation of waters, direct from the source, shall continue to be subject to the foreign ownership restriction in the Water Code. [However,] generation plants for the conversion of hydro to power [are] open to foreign ownership,” the DOE added.

“Private sector investments are central [to] achieving our renewable energy targets and vision for the Filipino people and this is a welcome development for our foreign investors to invest in renewable energy production here in our country,” Lotilla said.

The government is targeting to increase the share of renewables in the power generation mix to 35 percent by 2030 and raise it further to 50 percent by 2040.

As of 2021, the renewable energy share in the power generation mix was at 22 percent, based on DOE data. Coal-fired power plants, on the other hand, cornered a 58-percent share.

“We express our appreciation to DOJ Secretary Crispin “Boying” Remulla and his legal team for this favorable development which will pave the way for the opening of foreign investments in renewable energy development,” he added.

The increased percentage of use of renewables for on-grid areas from the current 1 percent will take effect next year.

In 2020 the government allowed full foreign ownership of large-scale geothermal projects through financial and technical assistance agreements, as long as the minimum investment amounted to $50 million.

DOE figures showed that about P270.8 million of investments have so far been generated in renewables, with solar accounting for nearly half at P130.4 million, followed by wind at P52.9 million; hydropower, P38.7 million; biomass, P38.2 million; and geothermal, P10.5 million.

As of June this year, a total of 998 renewable energy contracts with a combined installed capacity of 5,460.59 megawatts and a potential capacity of 61,613.81 MW have been awarded by the DOE.