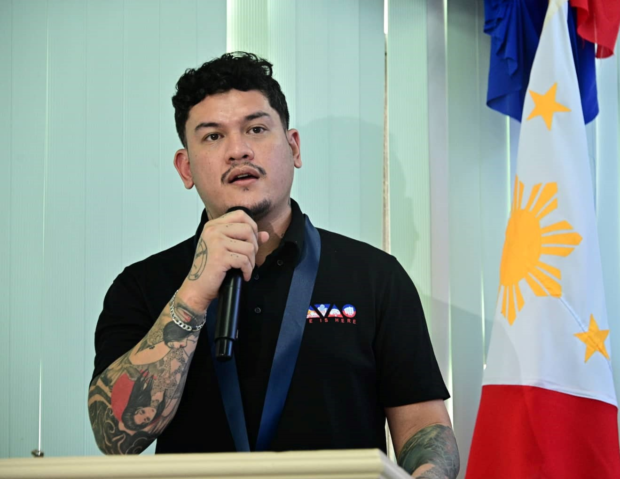 DAVAO CITY, Davao del Sur, Philippines — Weeks after he called a netizen “bulok (stupid)” for complaining about the city’s water problem and urging him to be “pro-active,” Mayor Sebastian Duterte went from combative to contrite and issued an apology.

“I am genuinely sorry for what I did,” Duterte said in Cebuano over the Davao City Disaster Radio (DCDR) on Friday. The youngest son of former President Rodrigo Duterte and younger brother of Vice President Sara Duterte also admitted that some netizens had complained about his use of foul language.

“I will take all the blame, and between you and me, Ms. Tiara, I am profoundly sorry if I caused you any form of harm,” he said, referring to Tiara Riamboanga.

On Sept. 18, she called his attention on Facebook to the lack of water in her subdivision after the Davao City Water District (DCWD) announced a service interruption.

“Is this still a livable city, mayor? When we have to check into hotels [to take] a bath, it’s good if you will reimburse our expenses… [S]till [there’s] no water in our street in our subdivision. What are your plans?” she said.

Some netizens also chimed in and asked Duterte to hold his tongue while others compared him to his father, known for swearing at those who incur his ire, as well as his sister, who once punched a court sheriff in the face over a demolition issue.

Sara Duterte to brother Baste: Heed the general welfare of the people

Duterte tells Baste: ‘If you’re mayor and you don’t know how to kill, start learning tonight’