Sara Duterte to brother Baste: Heed the general welfare of the people 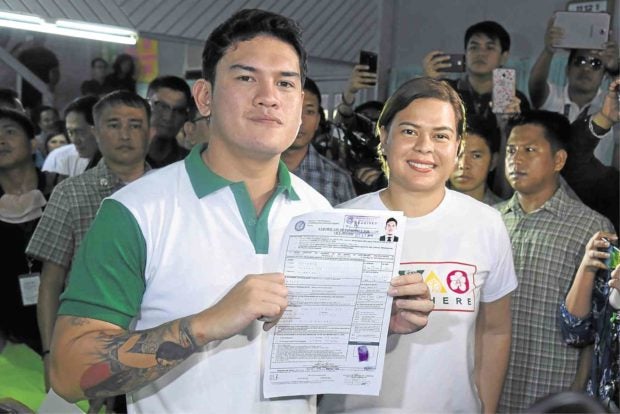 Duterte-Carpio, inaugurated on Sunday as the country’s 15th Vice President, said that Sebastian — also known as Baste — should follow the general welfare clause of the Local Government Code.

Specifically, she was talking about Section 16 of the Local Government Code of the Philippines under the General Welfare. Throughout the guide, emphasis is placed on the fact that local governments should exercise the powers which have been expressly granted to them, the implied powers, and the powers which are necessary, appropriate, incidental, and important to the efficient management of their constituents.

The younger Duterte currently serves as the vice mayor of Davao City and will replace his older sister.

(As mayor, he should always heed the general welfare clause of the Local Government Code.)