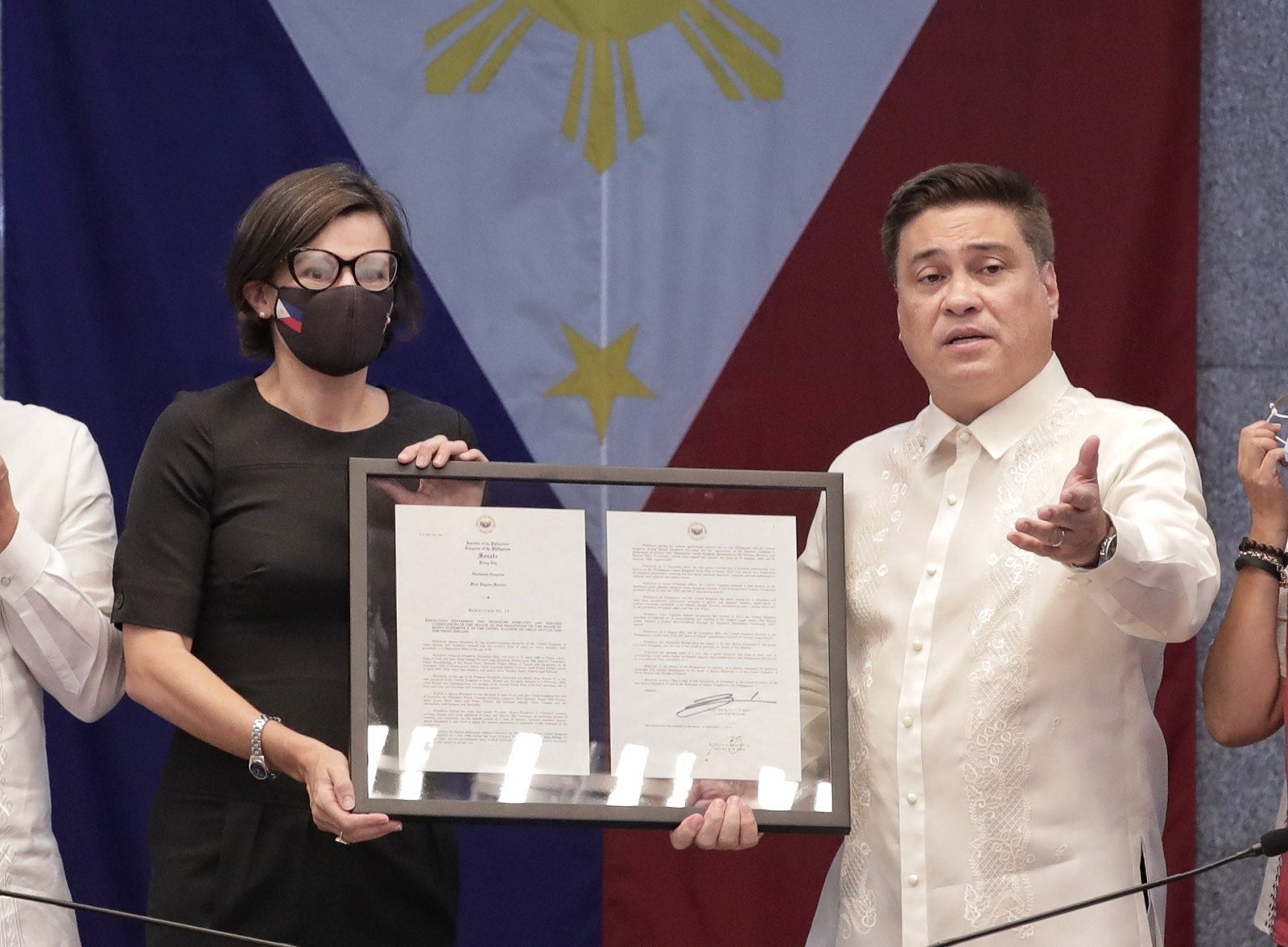 National Security Adviser Clarita Carlos physically attends the continuation of the hybrid hearing of the Committee on Constitutional Amendments and Revision of Codes Friday, September 2, 2022 on proposals to revisit the 1987 Constitution. (Voltaire F. Domingo/Senate PRIB)

At one point during the hearing, Senator Robin Padilla asked Carlos whether or not the influx of foreign investors would compromise national security.

(Perhaps an influx of foreign investors poses no security risk to a country. Perhaps this is why many people are lobbying to eliminate the 60-40 rule.

“Ang mangyayari nito (What will happen) down the line, of course, the President of the republic would like to create jobs, especially for two years talagang nilampaso tayo ng pandemic (that the pandemic crippled us),” she added.

Then, Padilla voiced his concern that a foreign power would be able to eavesdrop on sensitive communications within the country.

(Don’t you think that telecommunication could be a threat?)

“I don’t think so, with all due respect. Even if we think we are, in fact secure, we’re not secure. I’m sure you know the capability of your phones, they can be intruded and the like,” Carlos replied.

“We’re moving towards globalization. Economies are very meshed with each other. So, do we care who owns what?” she added.

Then, Senator Aquilino “Koko” Pimentel III mentioned that he had noticed that Carlos did not seem concerned about the danger.

Under the 1987 Constitution, foreign ownership of land and businesses is limited to only 40 percent, and the other 60 percent is exclusive to Filipino citizens or corporations.

In filing Resolution of Both Houses No. 1, Senator Sherwin Gatchalian noted that certain “restrictions need to be amended as they have constrained foreign direct investments.”