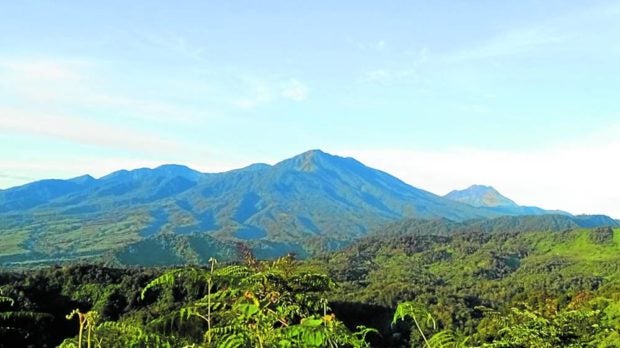 RICH BIODIVERSITY | Conservationists and environmental activists in Davao City have lobbied for the declaration of the Makabol-Alikoson mountain range as a critical habitat so that its rich biodiversity can be preserved. The area hosts nesting sites of the critically endangered Philippine eagle. (Photo from IDIS INC.)

“If La Mesa [Watershed] is gold, this [Pasonanca Natural Park] is super, super diamond,” Lopez said in awe during a tour of the park’s buffer zone in Canucutan village — just 5 kilometers away from the Zamboanga City center — where a number of giant century-old trees served as fortresses before one enters the park’s strict protection zone.

The Pasonanca Natural Park was initially established in 1987 as a watershed forest reserve covering 10,560 hectares. It was expanded to 12,107 ha and reclassified as a natural park in 1999.

The park has the largest remaining block of an old-growth lowland dipterocarp forest in the Zamboanga Peninsula, according to conservationists.

Rock formations, springs and waterfalls can also be found inside the park that spans across the villages of Pasonanca, Lunzuran, Lumayang, Cacao, Lapacan, Lamisahan, Bungiao, La Paz, Balurno, and Dulian, and part of Sibuco town in Zamboanga del Norte province.

About 60 percent of the park is covered by forests while the rest is devoted to agricultural production, tourism and settlements.

But due to a lack of infrastructure, mainly an impounding dam, ZCWD is only able to use 38 percent of the estimated 100,000 cubic meters of water generated daily by the park’s forest, Paredes said.

Valerie Gutierrez, ZCWD’s environment and water resources manager, said the park’s water sources, when harnessed, could ensure that its 68,000 service connections are fully served even during a drought.

In 2016 and 2019, ZCWD had to ration water due to El Niño, when its production was down 50 percent, leaving many households in the elevated areas without water supply. 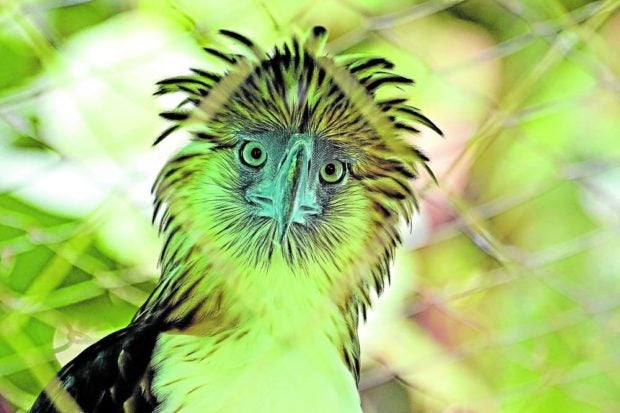 In addition, the watershed is also home to 15,000 flora species, of which 50 percent are endemic and 193 are categorized now as threatened species. Some of these are rare orchid species Amesiella monticola, Phalaenopsis stuartiana, Cymbidium aliciae, Vandopsis lissochiloides, and ordinary and giant staghorn ferns.

A couple of Philippine eagles are found in the park, Campaner said.

Other birds found in the park are the Mindanao bleeding-heart, Philippine dwarf kingfisher, Philippine leafbird and little slaty flycatcher, which are classified as vulnerable by the International Union for Conservation of Nature (IUCN), and the Zamboanga bulbul which is becoming rare due to habitat loss.

According to Paredes, there is a need to heighten measures for the park’s protection due to its economic and ecological importance.

“We cannot let intruders destroy it. We have to instill in the minds of our people that this watershed is not just [a] forest. This is the life of every Zamboangueño, including for the endemic and endangered flora and fauna,” he said.

Currently, only 45 forest guards, spread across 15 stations, secure the park against wildlife hunters and poachers. ZCWD used to employ 145 forest guards but due to financial constraints, it was forced to cut down the number while management focused on addressing its problem over nonrevenue water due to leaks from its old and rusting pipes.

Councilor Joselito Macrohon recalled that the previous local government leadership committed to augmenting the forest guards by 80. However, the hiring was stalled due to the pandemic.

To address the problem, Campaner said national government support would also be needed. 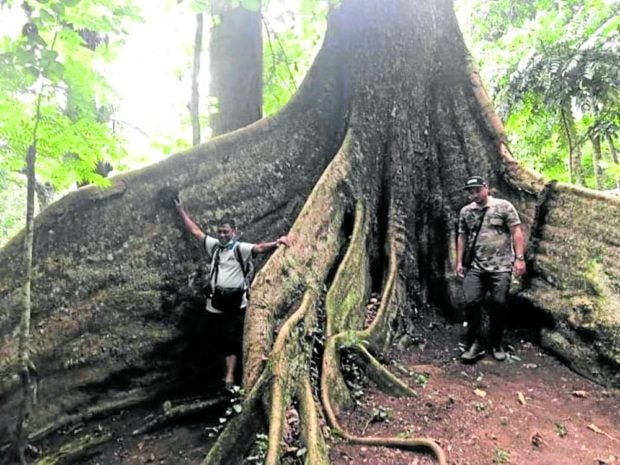 CENTURY OLD Participants in a tour of Pasonanca Natural Park are dwarfed by century-old trees as they marvel at the huge and sturdy hardwood species in Zamboanga City’s forested area. —(Photo by JULIE S. ALIPALA / Inquirer Mindanao)

In Davao City, groups have pushed for a DENR declaration as critical habitat the Makabol-Alikoson mountain range to strengthen its protection.

Based on the series of expeditions between July and August, the area was found to be a breeding place for the Philippine eagle and the habitat of other important wildlife species.

A critical habitat is a zone outside a protected area known to host threatened species and designated as such based on scientific data. The DENR has special rules for its proper management.Research by the University of the Philippines Mindanao found that there are 119 terrestrial vertebrate species in the area. These include 88 birds, 16 amphibians, six reptiles, five bats and four non-volant mammals. Some 39 species are endemic to the country, and an additional 23 can only be found in Mindanao.

Dr. Jayson Ibañez, PEF director for research and conservation, said that based on the studies, there is a need to declare the area as critical habitat. 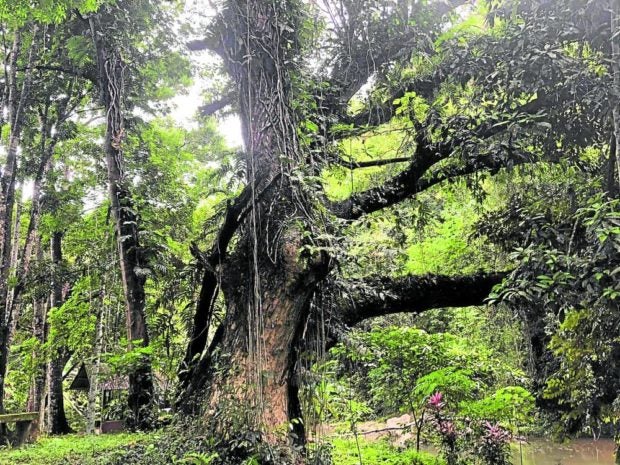 “Apart from the Philippine eagle, there are other threatened endangered species that are about to be extinct and need to be protected. These indicators conform with the guidelines in declaring a critical habitat,” Ibañez said.

Spanning some 8,819 ha, the Makabol-Alikoson mountain range supports the sources of potable water supply for the city and the livelihood of some 6,000 residents of Salaysay.

Late last year, groups raised howls of protest with the DENR’s issuance of a permit to cut 121 trees from the area, leading to a petition to have the mountains preserved.

Among those who signed the petition was American scientist James W. Grier, considered the “midwife” of Philippine eagle Pag-asa’s hatching in 1992.

Grier, professor emeritus at North Dakota State University’s Department of Biological Sciences and adviser to PEF, said that the Makabol area should be left to its “natural state” as much as possible, “including leaving old and even fallen trees naturally in place.”

In the letter addressed to DENR Regional Executive Director Bagani Fidel Evasco, Grier said that he was planning to recommend the Makabol area as a United Nations Educational, Scientific and Cultural Organization World Heritage Site.