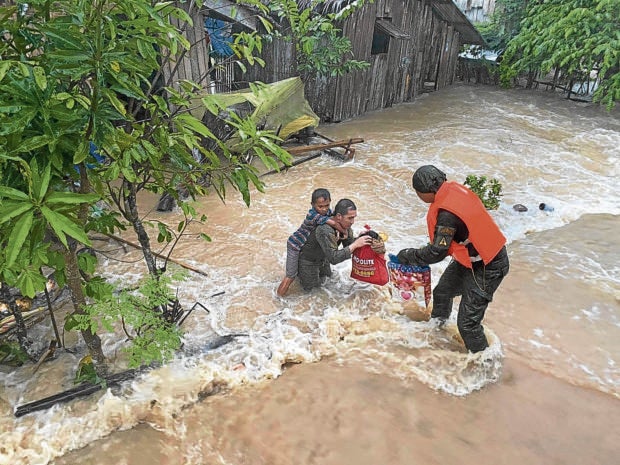 Heavy rains brought by Vicky triggered the worst flooding so far in Agusan del Sur province and other areas in Mindanao last week.

“The urgency of the measure is once again highlighted by the floods which hit the Agusan and Davao river basins this week,” Emmanuel Piñol, chair of MinDA, said in a statement on Sunday.

He was referring to House Bill No. 1390, which proposed the creation of the MRBRDA to ensure the rehabilitation, protection, and development of major rivers in Mindanao, host to the country’s second-largest river system.

“While Mindanao is endowed with rich ecosystems, fertile river basins, its watersheds are threatened by extractive industries such as logging and mining,” Piñol said.

“The Mindanao 2020 report said that watershed degradation, if not addressed, would give rise to food security threats and hamper economic development,” he added.

Piñol said the establishment of management authorities for these river basins would result in the creation of programs that would not just check the flooding but also come up with other initiatives and policies to conserve and protect river systems and their surrounding watersheds to create a more sustainable ecosystem.

Mindanao has eight river basins, but only the Agusan and Central Mindanao river basins have caught attention because massive floods occur there almost every year.

Under the bill, the MRBDA will be attached to the Office of the President and have the power to prepare or update a master plan to focus on the rehabilitation of silted major rivers in Mindanao and develop flood control measures.

Piñol said policies would be necessary to regulate mining and reforestation activities in the uplands as floods had been aggravated by the lack of forest cover in most of these areas. INQ