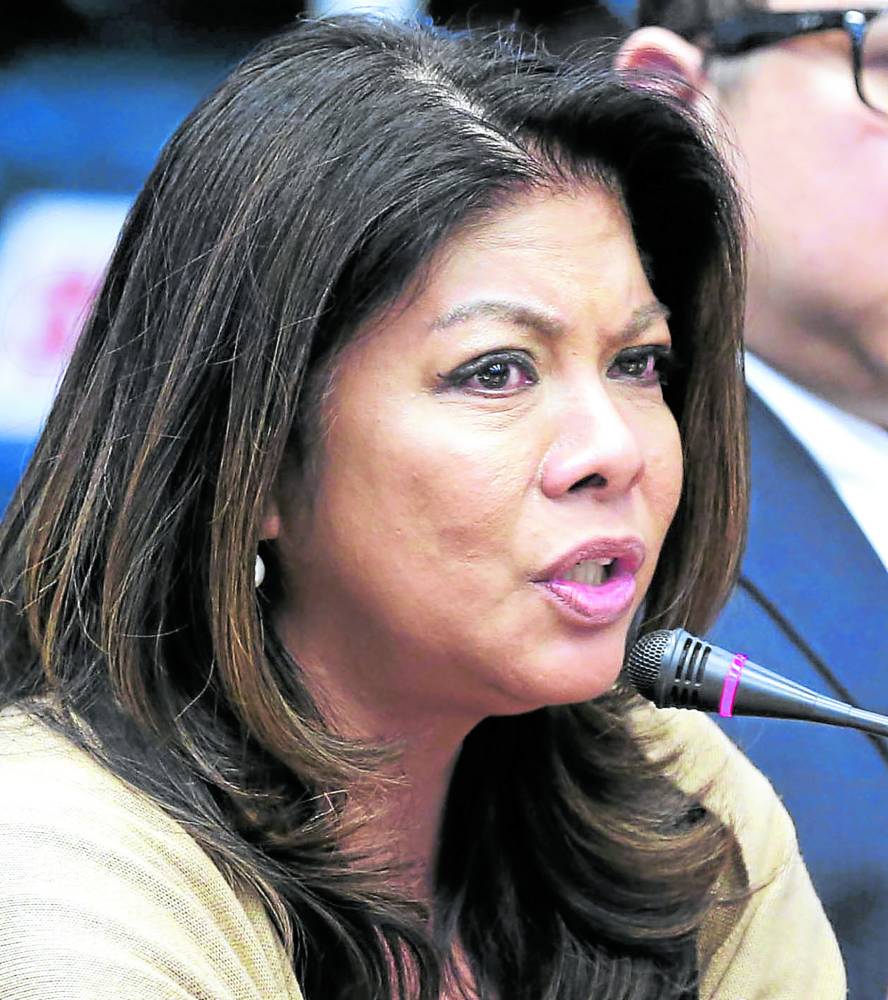 In a Facebook post on Wednesday, Sept. 28, Badoy explained that she did not threaten to harm Judge Marlo Magdoza-Malagar, but instead used a “hypothetical syllogism,” to get her point — that the decision of the said judge was “absurd and dangerous” — across.

“I would like to assure the Justices of the Supreme Court that I did not, in any way, threaten Judge Marlo Malagar. Nothing could be further from the Truth,” said Badoy.

“A threat is a statement of an intention to inflict pain or damage. An ‘If -then’ statement, on the other hand, is merely a hypothetical syllogism that are workhorses of deductive logic that I needed to use to make my point,” she added.

Badoy was referring to a specific line on her earlier Facebook post where she said: “So if I kill this judge and I do so out of my political belief that all allies of the CPP NPA NDF of the must be killed because there is no difference in my mind between a member of the CPP NPA NDF and their friends, please be lenient with me.”

According to Badoy, she merely practiced her “Constitutional right to an opinion by questioning what has enraged the Filipino people.”

“So I hope I am clear here. It is not I who has the track record for murders, massacres, tortures, rape, inhumanity but the terrorist CPP NPA NDF,” she said.

Badoy in the same post also said that she takes “full cognizance of the stern warning” given by the Supreme Court and assured them that she will “hear their guidance,” after the High Court warned of punitive action against individuals who threaten judges.

“I am, in fact, grateful and relieved that this issue has reached the Highest Court of the land and the manner in which it has found its way to them matters little to me,” said Badoy.

Badoy, however, did not deny having accused Judge Magdoza-Malagar of being tied with the Communist Party of the Philippines and its armed group, the New People’s Army (CPP-NPA), tagging the judge as a “friend” and “true ally” of the communist armed movement and that her 135-page decision was a “gift” and “propaganda material” for them.

Badoy also tagged the judge’s husband, UP Cebu Chancellor Leo Malagar as being a “communist sympathizer.”

Badoy reacted to Magdoza-Malagar’s junking of a 2018 DOJ petition to declare the CPP-NPA as a terrorist group.

Lawyers and trial court judges, on the other hand, have already expressed indignation to Badoy’s “brazen and outrageous” attacks, as it “constitute a direct attack against the judiciary.”

Meanwhile, this is not the first time Badoy drew flak for red-tagging. Just last July, Badoy and other NTF-Elcac officials were required to respond to graft accusations for red-tagging and accusing random individuals of being connected to the CPP-NPA.

In June, after red-tagging a group of healthcare professionals who voiced complaints about their working circumstances during the COVID-19 outbreak, doctors urged the Professional Regulation Commission to suspend or revoke Badoy’s license to practice medicine in the country.