Salceda lauds SC ruling on POGO taxes: It affirms the law that we crafted | Inquirer News

Salceda lauds SC ruling on POGO taxes: It affirms the law that we crafted 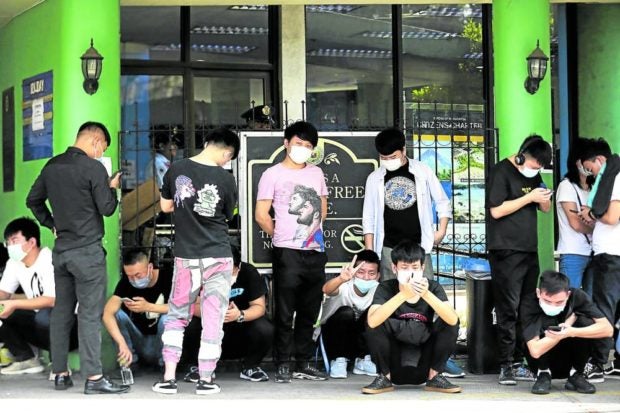 In a statement on Friday, Salceda said that the Supreme Court (SC) decision should propel the government to continue implementing Republic Act No. 11590 or the POGO tax law.

SC earlier ruled that POGOs need not pay the five percent franchise tax mandated by R.A. No. 11494 or the Bayanihan to Recover as One (Bayanihan 2), which aimed to increase revenues for government to respond to the COVID-19 pandemic, but they would be required to pay all the taxes under the existing tax code.

R.A. No. 11590 is the law that amended the tax code that includes the taxation of POGOs.

“The Supreme Court’s decision thus implicitly affirms the validity of the POGO Tax Law. It is one of the strictest and most regulating tax laws in the statute books, and now, the question of its constitutionality has been implicitly resolved. This is consistent with the Supreme Court’s general doctrine of preserving the power of Congress to determine tax policy as an exclusive power,” he added.

The lawmaker, an economist by profession, also insisted that R.A. No. 11590 has actually increased revenues, which means the law actually worked.

“From January to October 2021, prior to the implementation of RA 11590, we collected only 300 million per month in taxes from POGO. After the implementation, it jumped to 410 million monthly for the rest of 2021. By January 2022, it was up to 540 million for the month. So, that closes any question on whether the tax law worked. It worked,” he said.

“Allow me to reiterate this: RA 11590, which the Supreme Court has now affirmed, is the most brutal tax law, in terms of tax administration, in the country’s Tax Code. It presumes income for employees – so there is no escaping tax,” he added.

There are several lawmakers who have asked for the removal of POGOs in the country, following different criminal activities tied to the operations.  In early September, Interior Secretary Benjamin Abalos Jr. said that authorities managed to arrest a human resource officer of a POGO firm in an operation in Angeles City, Pampanga.

Abalos said that the operation was initiated after foreign police counterparts provided information to the local police — including complaints from the family of a kidnapped Chinese whose abductors were asking for a P1 million ransom.

But Salceda has been adamant that kicking POGOs away would do more harm than good, as it would spark a humanitarian crisis.  He also said that the country would be on the losing end — urging authorities to just enforce the law against criminals.

The lawmaker also claimed that most of the crimes associated with POGOs originate from those operating illegally, or not those whom the government collects tax from.

“That is why we need to close down illegal POGOs and enforce the law. Legal POGOs already comply with the strictest tax provisions ever included in the Tax Code. If you close down the legal POGOs, you only incentivize the underground POGOs. That’s like closing down whole ecozones just because there is some smuggling in them,” he said.

“As I have emphasized over the week: enforce the law. Don’t burn down the whole house just to kill the rat. Especially when, judging from PAGCOR itself, the rat seems to be outside the house anyway,” he added.