Shopee PH gets flak for getting Toni Gonzaga | Inquirer News

Shopee PH gets flak for getting Toni Gonzaga 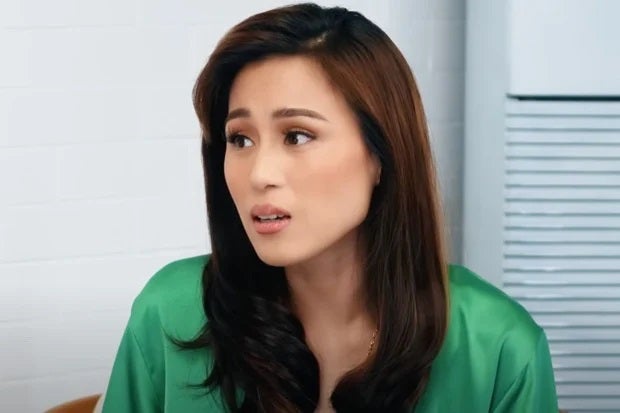 MANILA, Philippines — No more adding to one of the carts, then?

Shopee, a leading e-commerce operator found itself under fire after announcing two major decisions this week that appeared to many Filipinos to be conflicting: downsizing its local staff and hiring a politically divisive and highly paid celebrity as its new brand ambassador.

The twin moves immediately prompted a call for a boycott of the online mall with many on social media announcing they would be removing the Shopee app from their phones.

Early this week, the Singapore-based e-commerce giant announced that it was letting go of a “low single-digit percentage” of its 67,000-strong staff globally. The downsizing came after it reported a $931 million loss in the second quarter of 2021.

While it was laying off its employees, Shopee Philippines released a teaser that it was getting a new brand ambassador and revealed on Thursday that it was actress and vlogger Toni Gonzaga, an avid supporter of President Marcos who became a popular fixture in his presidential campaign.

Instead of being enticed to “add to cart” as online shoppers, many Filipino Shopee customers were outraged by the choice of Gonzaga with her expected fat pay check that for them didn’t square with the economic reasoning for the layoffs.

The celebrity’s selection as a brand ambassador has also apparently sowed resentment among a number of company’s staff.

A Shopee Philippines employee, who requested anonymity, told the Inquirer that a letter from the staff was circulating online for signature before it was to be submitted to top company executives. The letter will question why the company seems to be getting political with its hiring, the employee said.

In response to the flak it was getting for hiring Gonzaga, a Shopee Philippines representative told the Inquirer that she was chosen for her “mass appeal,” not for her political leanings.

“Together with our newest brand ambassador, Toni, we are working to deliver entertaining content to drive anticipation leading up to the upcoming 10.10 Brands Festival,” the company said in a statement.

As of 6 p.m. on Thursday—three hours after Shopee formally announced Gonzaga as its new endorser—“Shopee,” “Otin G” (a play on Gonzaga’s name) and “Lazada,” Shopee’s closest competitor in the market—became the top trends in the Philippines. “ByeShopee” was tweeted more than 7,600 times as of 6:30 p.m.

Some who were dismayed by the company’s new endorser, like actor Jaime Fabregas, made clear that they would stop using the Shopee app because the company hired someone who enabled the son and namesake of the late ousted dictator to take his father’s seat in Malacañang.

“I have deleted my Shopee account. Matagal ko nang gustong gawin dahil sa gastos pero ngayon nagkaroon ng mas malalim na dahilan (I wanted to to do this for a long time because expenses were piling up, but now I have deeper reason for it),” Fabregas tweeted.

Twitter user @Alt_Abscbn questioned the layoffs while Shopee was “willing to pay a traitor to the country.”

The political line was quickly drawn. Gonzaga’s supporters scored the “cancel culture” of the “kakampinks,” the supporters of former Vice President Leni Robredo who lost the election to Marcos.

According to a Facebook user, Christine Tibe-Recella, who claims to have been among those let go by Shopee, a boycott would harm both the company and the remaining staff.

“Don’t pretend that you sympathize with those who were laid off. Have you ever thought about the fact that if you boycott them, they’ll lose even more customers?” she said. At the “grand reveal” on Thursday at the Grand Hyatt Manila in Taguig City, Gonzaga said she was chosen by the company two months earlier.

“I feel really blessed to be a part of a family that’s giving so much joy to millions of Filipinos not just here, nationwide, but also worldwide,” Gonzaga said.

“Today we are grateful for our netizens for the mentions and engagements. They are the reasons why we are here today,” she said.

The Map of Ecommerce Philippines by meta-search website iPrice, shows that Shopee is the leading e-commerce player in the country in terms of web traffic, recording an average monthly web visit of 76.9 million in the first quarter of 2022, followed by Lazada with 39 million and Zalora with 1.7 million.

Political scientist Jean Franco said the results of the national elections continues to affect minute decisions of everyday life, such as choosing to support—or boycott—companies that have aligned themselves with personalities who backed Marcos.

She said it was clear that people opposed to the Marcoses “were just waiting for the right timing to express their sentiment toward artists who supported Marcos Jr.”

The boycott call is clearly a political statement as Gonzaga is “very much associated” with the President, Franco said. —WITH A REPORT FROM INQUIRER RESEARCH

From P1M ‘per akyat’ to P100M package deal: The talent fees of some celebs endorsing candidates