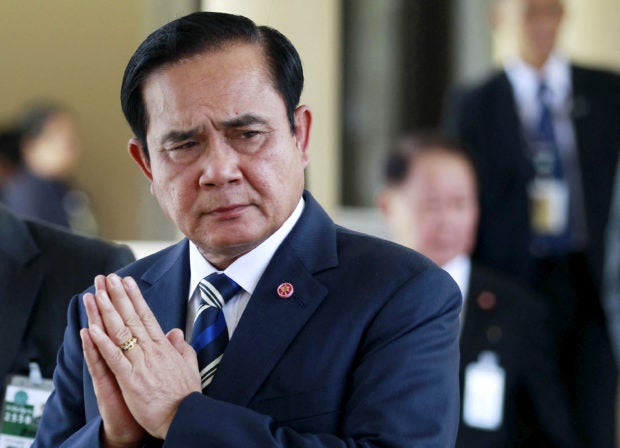 BANGKOK — Thailand’s Constitutional Court is due to deliver its verdict on Friday on a case that seeks to determine whether Prime Minister Prayuth Chan-ocha has already exceeded an eight-year limit as premier.

Prayuth, who seized power in a 2014 coup before formally becoming prime minister soon after, was suspended five weeks ago as the court deliberated the case filed by the opposition Pheu Thai party, which argues he should have left office last month.

The court must decide whether the eight years should include Prayuth’s time as leader of the junta he installed after toppling the Pheu Thai government.

Some of his supporters say the eight years should be counted after 2017, when a new constitution took effect, or even from 2019, when an election was held and a new parliament chose him to head a coalition government.

The tenure issue is one of many opposition efforts to remove the retired general, including four parliamentary censure motions, a conflict of interest case over his continued use of a military residence, and months of protests that challenged his leadership and the monarchy.

At least two anti-government groups were planning to gather in Bangkok’s central business district on Friday as the court reads its verdict, while police said 300 personnel will be deployed around the court.

Government spokesperson Anucha Burapachaisri urged the public to respect a verdict he said will clear up any uncertainty.

“The prime minister is ready to accept the verdict from the constitutional court whatever that may be,” Anucha said.

An election is due at the latest by May 7 next year, according to the election commission, and Friday’s decision will determine whether Prayuth, 68, can seek the premiership again.

Should the court decide Prayuth reached the eight-year milestone last month, parliament must pick a new premier from five of the losing candidates from the 2019 house vote.

“The court verdict will determine the future of Prayuth,” said Titipol Phakdeewanich, dean of the faculty of political science at Ubon Ratchathani University.

“The political parties, gearing up for the election wants to know whether Prayuth will be able to run for office again.”