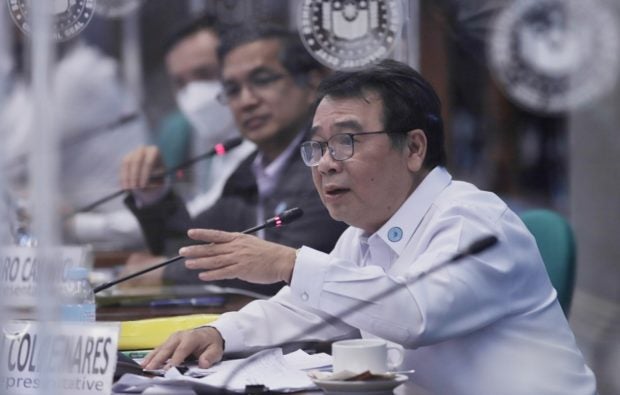 MANILA, Philippines — Bayan Muna chairman Neri Colmenares said Thursday that he agrees with a move by an International Criminal Court (ICC) prosecutor to refuse the Philippine government’s request that the ICC end its investigation into the country’s violent anti-drug campaign.

The statement came after ICC prosecutor Karim Khan on Wednesday denied the call of President Ferdinand Marcos Jr.’s administration to discontinue the probe,

In response to the ICC Pre-Trial Chamber, Khan argued that “none of those arguments have merit,” referring to the government’s three grounds: lack of jurisdiction, admissibility, and complementarity.

“ICC Prosecutor Karim Khan is correct when he efficiently and effectively rebutted the Marcos’ administration’s assertion submitted on September 8, 2022, that the ICC stop its investigation and dismiss the complaints of the families of President Rodrigo Duterte’s extrajudicial killing victims,” Colmenares said.

He then noted: “The arguments submitted by the government’s Solicitor General merely rehashed its previous arguments that the Philippines is already investigating and prosecuting police officers.”

The government’s explanation, according to Colmenares, was readily dismantled by the ICC prosecutor because the police are not being prosecuted, especially high-ranking officials named on September 15, 2021.

“In fact, there is no mention at all of any investigation of former President Rodrigo Duterte, who is accused of masterminding the killings of drug suspects and activists during his presidency,” he added.

Colmenares also slammed the administration for watering down the severity of the drug-related deaths during the term of Duterte.

According to Colmenares, the most condemnable part of Marcos’s submission is their argument that the killings are “not of sufficient gravity to justify further action” by the ICC since they “were not widespread and systematic.”

Colmenares asked the ICC Pre-Trial Chamber to allow the prosecutor to continue the inquiry, and Marcos was asked to cease defending former President Duterte so he could present the evidence he claims to have in his defense.

“Lastly, we call on President Marcos Jr. to return to the fold of the ICC, and assure the Filipino people that the widespread and systematic attacks against civilians under President Ferdinand Marcos Sr. and President Rodrigo Duterte will not happen again,” Colmenares said.

In August, Marcos said the Philippines would not rejoin the ICC, citing ongoing investigations into allegations of crimes against humanity perpetrated by the Duterte administration.

Critics and human rights groups have since slammed this decision, calling it a “terrible mistake.” Catherine Dabu, INQUIRER.net trainee

Your subscription could not be saved. Please try again.
Your subscription has been successful.
Read Next
Putin to annex four Ukrainian territories in Kremlin ceremony on Friday
EDITORS' PICK
ACT slams Edca on 124th anniversary of PH-American war: ‘Tila hindi umalis ang mananakop’
Philippines central bank to focus on inflation at next policy meeting – governor
Only 38% of students grade 1 to 3 prefer local language as medium of instruction — Pulse Asia
House energy committee chair Arroyo bats for cheap electricity
Omega Speedmaster super racing: Tiny device massive change
vivo Philippines offers a free bouquet of flowers and a premium necklace perfect for Valentine’s Day
MOST READ
Pokwang admits she lied about cause of split with Lee O’Brian: ‘Umasa akong aayusin pa niya’
Vice Ganda asserts all is well with Karylle, takes swipe at ‘kuya’ who chimed in to be ‘trending’
Immigration detention head, 35 others sacked over foreign detainees’ VIP treatment
OWWA chief Arnell Ignacio: Socmed manager behind post on my love life
Don't miss out on the latest news and information.