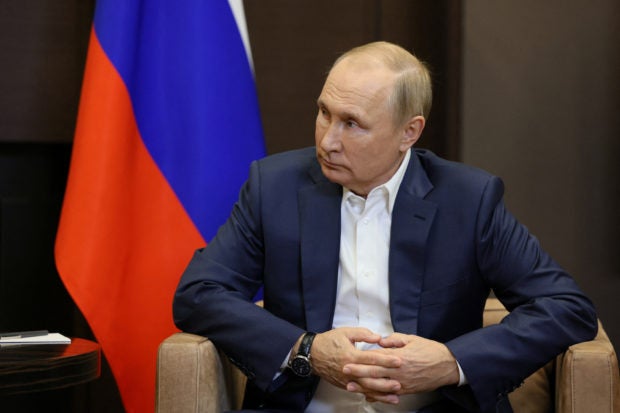 LONDON — Russian President Vladimir Putin will on Friday begin formally annexing 15% of Ukrainian territory, presiding at a ceremony in the Kremlin to declare four Ukrainian regions part of Russia.

Putin’s spokesman Dmitry Peskov said the ceremony would take place at 3 p.m. (1200 GMT) on Friday in the St George’s (Georgievsky) Hall of the Grand Kremlin Palace to sign “agreements on the accession of new territories into the Russian Federation.”

Agreements will be signed “with all four territories that held referendums and made corresponding requests to the Russian side,” Peskov said.

Ukraine and the West have rejected the hastily arranged votes, held in the occupied Donetsk, Luhansk, Zaporizhzhia and Kherson regions seven months after Russia’s invasion, as illegitimate shams conducted at gunpoint.

Putin’s decision to incorporate the regions into Russia means Moscow will annex an area of eastern and southern Ukraine roughly the size of Portugal to go along with the Crimean Peninsula, which it seized from Ukraine and declared part of Russia in 2014.

Following the signing ceremonies, Putin will give a major speech and meet with Moscow-appointed administrators of the Ukrainian regions.

The ceremony is part of a process in which Peskov said Putin would separately address the Russian parliament at a later stage.

A celebratory concert on Red Square is planned for Friday evening. Peskov said the media would be informed later whether Putin would attend.