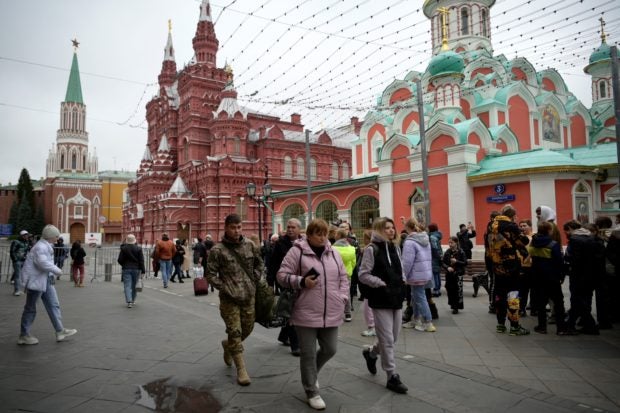 MOSCOW — The Kremlin-backed leaders of four Russian occupied regions of Ukraine were in Moscow Thursday after calling on President Vladimir Putin to formally annex the territories into Russia.

The Moscow-installed heads of Ukraine’s Lugansk, Donetsk, Kherson and Zaporizhzhia regions claimed residents backed the move in hastily organized votes that the West says were a sham.

“I am already in Moscow,” Leonid Pasechnik, leader of the breakaway Lugansk region, told state news agency TASS on Thursday.

Moscow-backed separatists have controlled large portions of Lugansk and neighbouring Donetsk since 2014 when Russia annexed the Crimean peninsula.

A Moscow-appointed official from Kherson region said that a meeting is planned between Putin and the heads of the occupied territories.

“A meeting with the president is, of course, scheduled. I don’t have this information now, I can’t say where, what, when,” Kirill Stremousov told a pro-Kremlin radio programme.

Russian troops took control of Kherson in southern Ukraine shortly after Moscow sent troops into the country on February 24.

Late on Wednesday, Stremousov posted a photo of Donetsk separatist leader Denis Pushilin, the Moscow-appointed head of Kherson Vladimir Saldo and the Kremlin-backed leader of Zaporizhzhia region Yevgeny Balitsky, saying they have arrived in Moscow.

“Very soon we are going to become new subjects of the Russian Federation,” Stremousov wrote on Telegram.

Kyiv has called for more military aid as a response to the anticipated annexations and Western countries vowed never to recognise the Russian-organised voting.

The Russian capital on Thursday was preparing for celebrations in the city centre ahead of the annexations.

Moscow on Wednesday insisted the voting in occupied regions was fair, despite taking place after they were captured by force and speedily organised in a race against Kyiv’s counter-offensive.