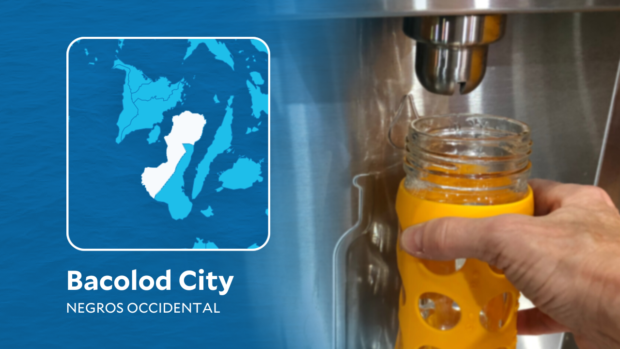 BACOLOD CITY — At least 60 water refilling stations in this city were temporarily closed by the local government for failing to secure sanitary and business permits.

Santiago said the 61 water refilling stations were asked by the local government to stop operating until they comply with all sanitary requirements.

“Consumers should make sure that the water refilling stations, where they buy their water from, have the necessary sanitary permits issued by the CHO,” she said.

The CHO has been conducting routine sanitary inspections of all business establishments in Bacolod City.

Santiago said refilling stations should have permits as proof that the water underwent bacteriological and physico-chemical analysis, and is fit for consumption.

For his part, Negros Occidental Gov. Eugenio Jose Lacson reiterated his call for all local governments and the public to make sure that the water they buy and drink are clean amid some cases of Acute Gastroenteritis (AGE) and cholera in the province.

Lacson, in an advisory issued also on Tuesday, said the Department of Health (DOH) disclosed that most of the AGE cases can be traced back to contaminated shallow wells.

The DOH Advisory No. 2022-155 emphasized the need to boil drinking water and disinfect its containers.

Water refilling stations were advised to post their Water Bacteriological Test Results within a month as stated in the Philippine National Standard for Drinking Water, together with their corresponding business permit and other licenses.

AGE is among the diseases caused by consuming contaminated drinking water.

“AGE is a preventable disease that requires us to be precautious about the water we use and practicing good sanitation and hygiene in our immediate community,” Lacson said.

Last week, the DOH raised an alert against the rising cases of AGE in Western Visayas, mostly in Iloilo, and called on the public to take precautionary measures.

Aside from AGE, some residents of Negros Occidental were also fighting against cholera.

Provincial Administrator Rayfrando Diaz said cholera hit five residents in the province, including an 88-year-old woman from Silay City who died because of the illness.

Silay Mayor Joedith Gallego said he declared a cholera outbreak in Guinhalaran and water samples have been taken for testing. An information drive on water safety has also been launched, he said.