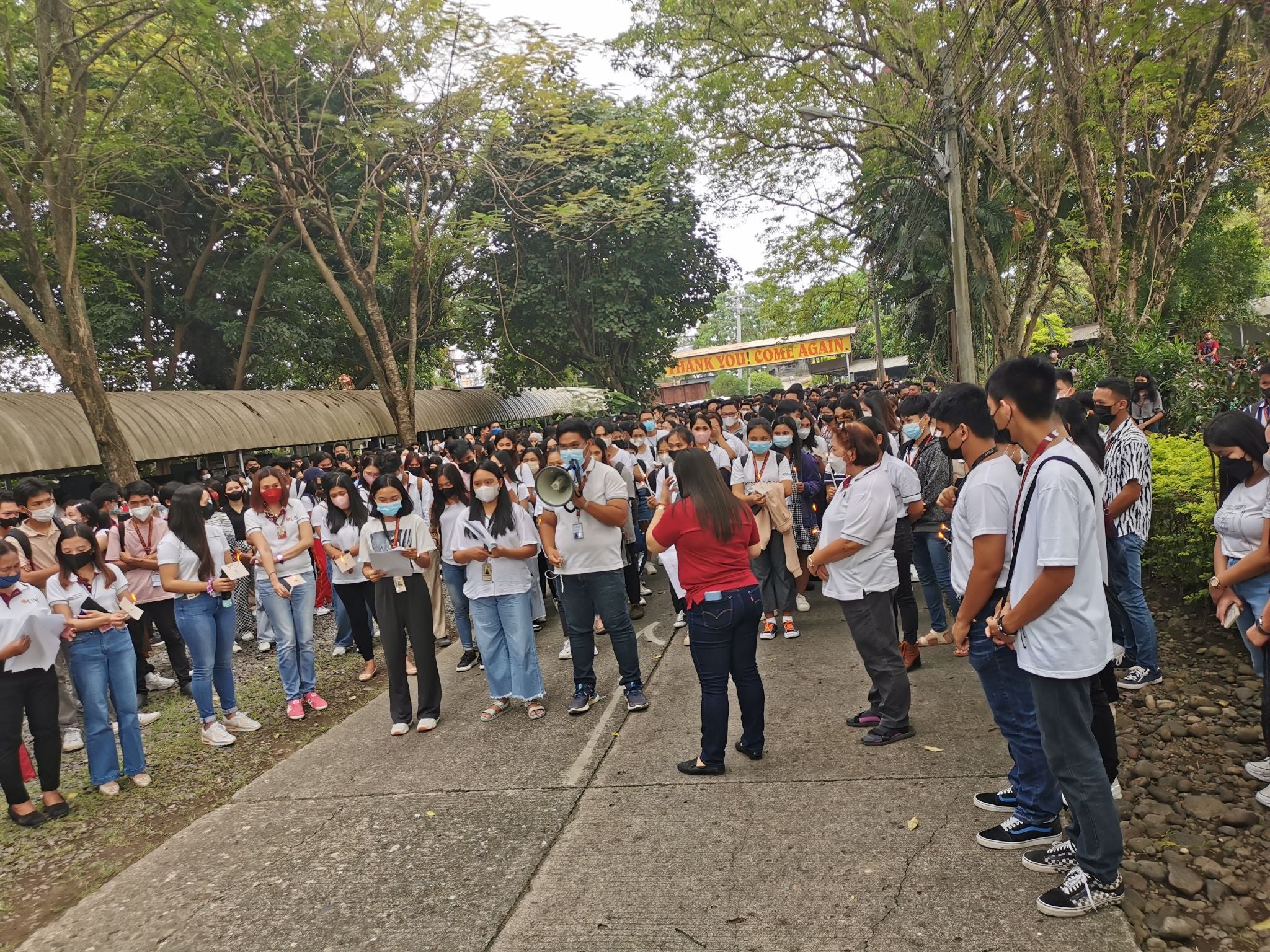 University of Mindanao students attend a prayer rally to show support to two peers who are the victims of hazing. PHOTO CONTRIBUTED

DAVAO CITY——The University of Mindanao (UM) has suspended four students who were involved in the hazing incident on September 18 that resulted in the death of a graduating criminology student while another was injured.

In a recent statement, the university said the four, who were not identified, were among the 14 alleged members of the AKRHO Alpha Delta Chapter who were tagged in the death of August Ceazar P. Saplot.

“It is in this line that the University President has caused for the suspension of the four students who are enrolled at present to disabuse any hint of leniency or prevent them from coming to school while the disciplinary investigation is going on,” the statement said.

This developed as the school held a prayer vigil on Monday to show support to the victims of the incident.

Those involved in the incident have been sued for violating the Republic Act No. 8049, or the Anti-Hazing Law.

The university statement said that of the 14, two already completed their Criminology degree, while of those 12, nine were arrested and the others remain at large.

“While UM does not condone such barbarism that offends decency and reason, the school can only do so much,” it added.

In a previous statement, the university pointed out that aside from the fact that the incident took place in an area far from its premises, it has not recognized any fraternity following the passage of the Anti-Hazing Law in 2018.

The university added that student safety is a “two-lane avenue and not a one-way street.”

The school added that its reputation has been “dragged, disrespected and derided” even when it did not have any part either in the existence of the fraternity or the knowledge of the incident.

It added that it has supported the banning of hazing and other similar activities even in military training.

“We call on the public and the community at large – most especially the parents and the studentry – to help us curb this archaic and violent practice,” it said.