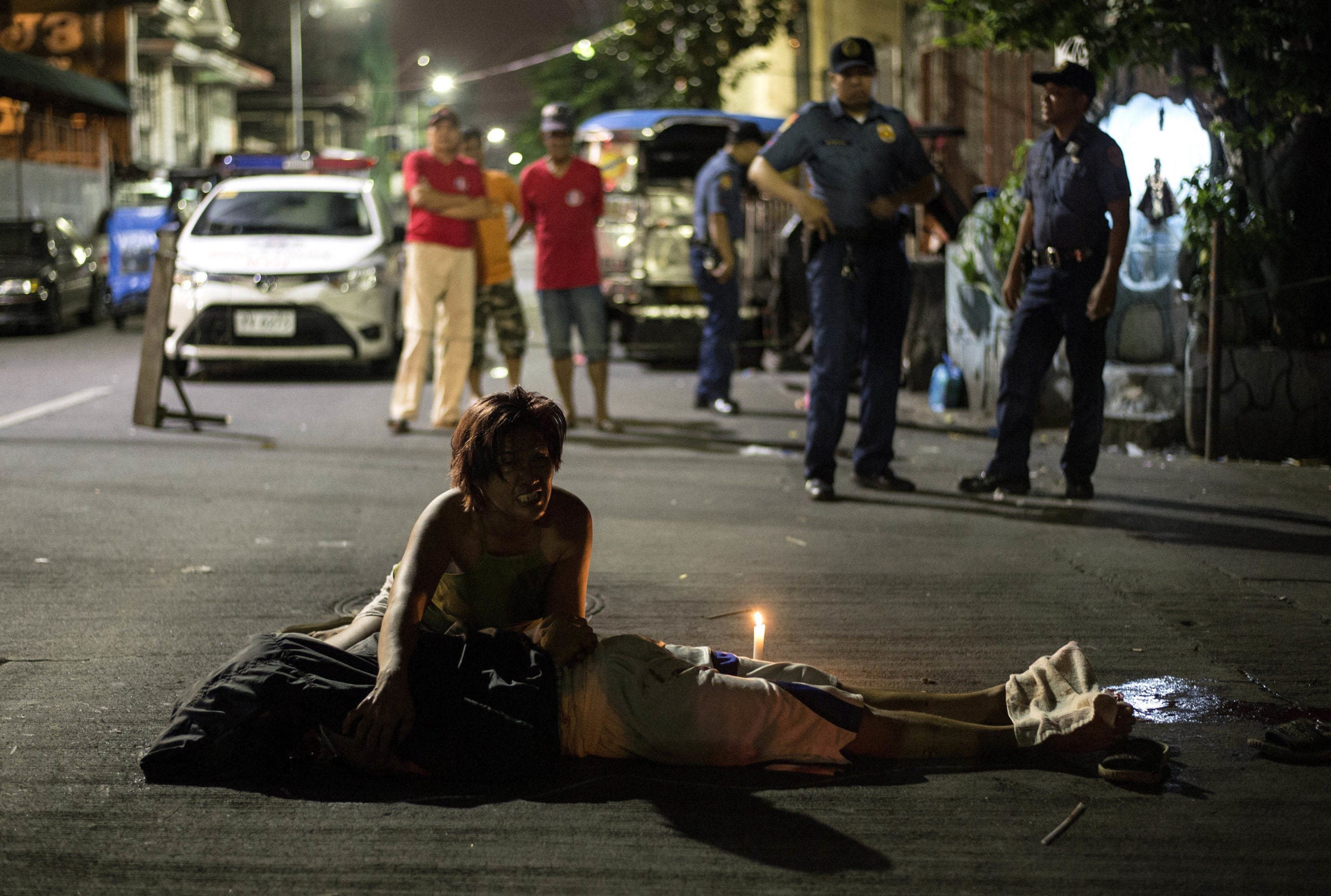 FILE PHOTO: Nanette Castillo grieves over the dead body of her son Aldrin, an alleged drug user killed by unidentified assailants in Manila in this October 2017 photo. AFP

MANILA, Philippines — There is no compelling evidence to show that the government is seriously investigating and prosecuting the thousands of killings in the Duterte administration’s war against illegal drugs, the New York-based Human Rights Watch (HRW) asserted on Friday.

This was the group’s reaction after the government asked the International Criminal Court’s (ICC) Pre-Trial Chamber to deny its prosecutor’s request to resume the investigation of the drug war.

The request was in the government’s comments, crafted by Solicitor General Menardo Guevarra who was the justice secretary of former President Rodrigo Duterte, on the prosecutor’s motion to reopen the ICC’s probe into more than 6,000 officially acknowledged killings in Duterte’s failed drug war.

The Duterte administration started an interagency probe that found probable cause in 52 of the 6,000 cases shortly after former ICC chief prosecutor Fatou Bensouda began looking into charges of “crimes against humanity” against the former president.

Only one case prosecuted

Thus far, only one case has been successfully prosecuted, that of 17-year-old Kian de los Santos who was found to have been murdered by police officers in 2017.

Guevarra said in his statement on Thursday that the government was taking the necessary steps to investigate and prosecute the drug war killings, thus, there was no breakdown of judicial processes that would warrant the ICC’s intervention.

But the HRW disagreed and said there were no significant changes to show that the government was taking the cases seriously.

“Since the Philippines first sought a halt to the [ICC] prosecutor’s investigation last November, [HRW] has monitored the situation and found no compelling evidence that the government was seriously investigating these cases, let alone prosecuting those responsible,” said Carlos Conde, senior Philippines researcher of the HRW.

In fact, he added without citing specific instances, the killings are “continuing” and that “impunity” for police officers and others implicated in the alleged abuses “by all accounts, remains intact.”

Shortly after the ICC began looking into the “crimes against humanity,” Duterte withdrew the Philippines from the Rome Statute, that governs the ICC, in an apparent bid to dodge prosecution. The withdrawal was not ratified by the Senate.

The Marcos administration, on the other hand, ruled out the possibility of the Philippines rejoining the Rome Statute because of the ICC chief prosecutor’s insistence on intervening when the country had a working criminal justice system.

Cristina Palabay, secretary general of rights group Karapatan, which helped the victims’ families to bring their complaints to the ICC, said the arguments made by the Philippine government, through the solicitor general, only indicated its “inability to acknowledge the injustice experienced by the victims [of the drug war] and their families.”

“The dire lack of domestic independent investigation of and successful prosecution of perpetrators of the alleged crimes are very serious issues raised by the victims and their families,” Palabay said in a statement to the Inquirer.

She also echoed the position of current ICC chief prosecutor Karim Khan that the Rome Statute the Philippines acceded to in 2011 explicitly specified that the country would remain accountable for crimes allegedly committed when the Philippines was still a member. The country was part of the Statute from Nov. 1, 2011 to March 16, 2019.