Some senators prefer banknotes made of abaca not polymer | Inquirer News

Some senators prefer banknotes made of abaca not polymer 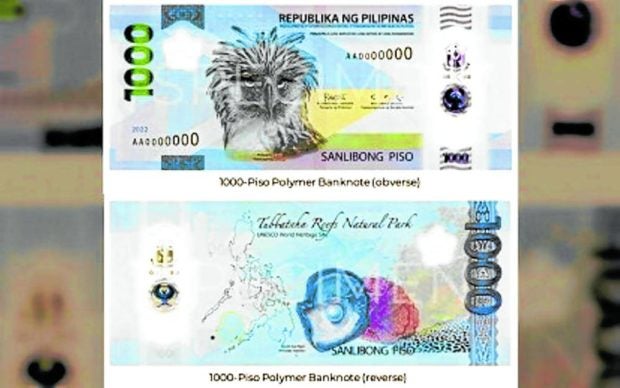 MANILA, Philippines — Some senators prefer banknotes made with abaca rather than polymer.

The senators shared their opinions on the matter on Wednesday after Senate Minority Leader Aquilino Pimentel III delivered a privilege speech on abaca, also known as Manila hemp, during the plenary session.

“Another issue more concerning to me is the shift in the material we use for our banknotes: the shift from abaca to polymer or plastic. So, why shift? From abaca which shouts ‘I am Filipino’ to the entire world, to plastic which is considered as nothing more than ‘plastic’ in the entire world,” Pimentel said.

He noted that shifting the banknotes’ material to polymer would be “detrimental to the country’s abaca industry” which brings in $97.1 million annually.

Pimentel also questioned advantages cited by the Bangko Sentral ng Pilipinas (BSP) of polymer banknotes such as durability and hygiene.

Senate President Juan Miguel Zubiri agreed with Pimentel on the use of abaca for banknotes.

“Number one, I agree with you. We should continue using abaca. To be honest, it’s a waste of our resources that they’re using these new polymer notes.

“We can also come up with a Senate sense of resolution, I think everyone is convinced. We should continue using our abaca. It is indigenous,” Zubiri said.

Sen. Pia Cayetano, the chair of the Committee on Sustainable Development Goals, Innovation and Futures Thinking, raised the impact of polymers on the environment.

She pushed for the validation of the BSP statement that polymer banknotes leave a smaller carbon footprint.

“In what way are they sustainable? They claim they use less water and energy. So, that makes you think that’s a good thing. But the end result is a plastic product,” Cayetano said, speaking in a mix of Filipino and English.

Senate Majority Leader Joel Villanueva raised the importance of prioritizing abaca as one of the country’s export products.

“I am in full support if we can come up with a resolution, sense of the Senate, to ensure that we are protecting our abaca industry.