Do you have a polymer P1,000 bill? Don’t fold it and other dos and don’ts | Inquirer News 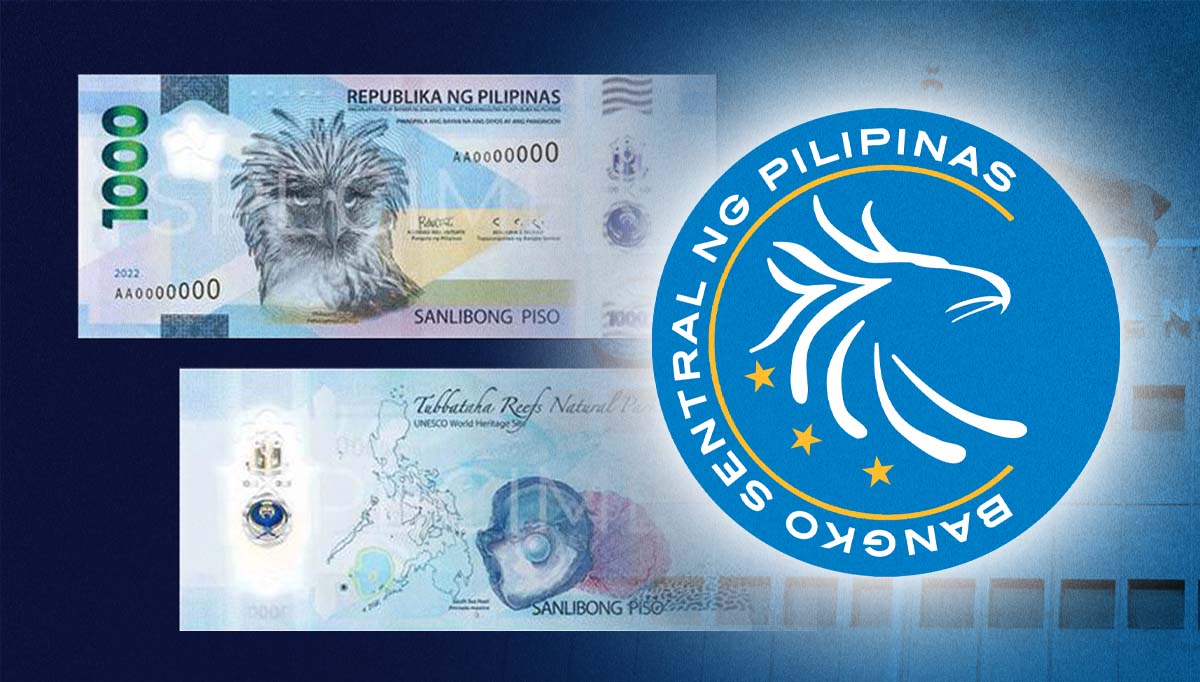 MANILA, Philippines—Is it time to kick the habit of folding banknotes?

Recently, a netizen shared dismay online after a popular mall in the country allegedly refused to accept a folded 1,000-peso polymer banknote that she used for a transaction.

Although the original social media post can no longer be accessed, it was reposted by many other social media users and on pages and instantly became viral.

“Don’t store new [1,000-peso bill]! As per [the mall’s] management, it should not have folds,” Facebook user Reylen Lopez said in Filipino on the original social media post.

“I was supposed to use [the banknote] for payment, but the mall did not accept it. We were not informed beforehand. Am I the only one who doesn’t know about this?”

In this article, INQUIRE.net will explain how to avoid being in the same scenario as the netizen by detailing how to properly handle the new P1,000 polymer banknote.

The article will also look at what makes a banknote unfit for circulation, and what can people do with the money that is rejected in establishments due to poor conditions.

How to properly handle polymer banknotes?

Unlike the country’s existing paper banknotes—which are made of paper substrate with 20 percent abaca and 80 percent cotton blend—the P1,000 banknote released this April is made of polymer. 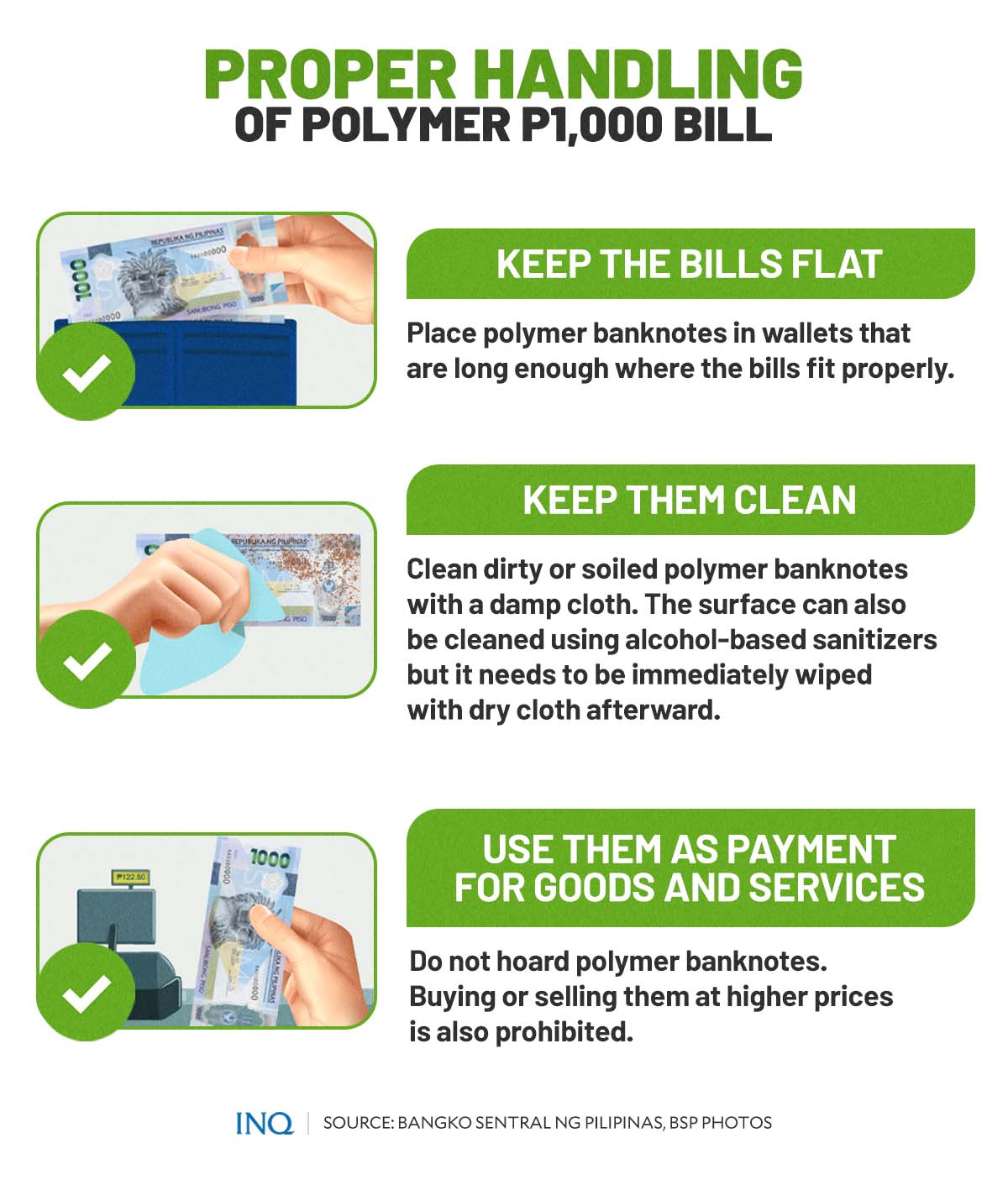 According to BSP’s guidelines, here are ways of properly handling polymer banknotes:
Keep the bills flat: Place polymer banknotes in wallets that are long enough where the bills fit properly.
Keep them clean: Clean dirty or soiled polymer banknotes with a damp cloth. The surface can also be cleaned using alcohol-based sanitizers but it needs to be immediately wiped with a dry cloth afterward.
Use them as payment for goods and services: Do not hoard polymer banknotes. Buying or selling them at higher prices is also prohibited.

What not to do

Like paper banknotes, people should remember these don’ts in handling the P1,000 polymer banknotes:

Under Presidential Decree No. 247, it is unlawful for any person to willfully deface, mutilate, tear, burn or destroy, in any manner whatsoever, currency notes and coins issued by the BSP (still Central Bank of the Philippines when the decree was issued).

“[A]ny person who shall violate this decree shall, upon conviction, be punished by a fine of not more than twenty thousand pesos (P20,000) and/or by imprisonment of not more than five years,” it added. 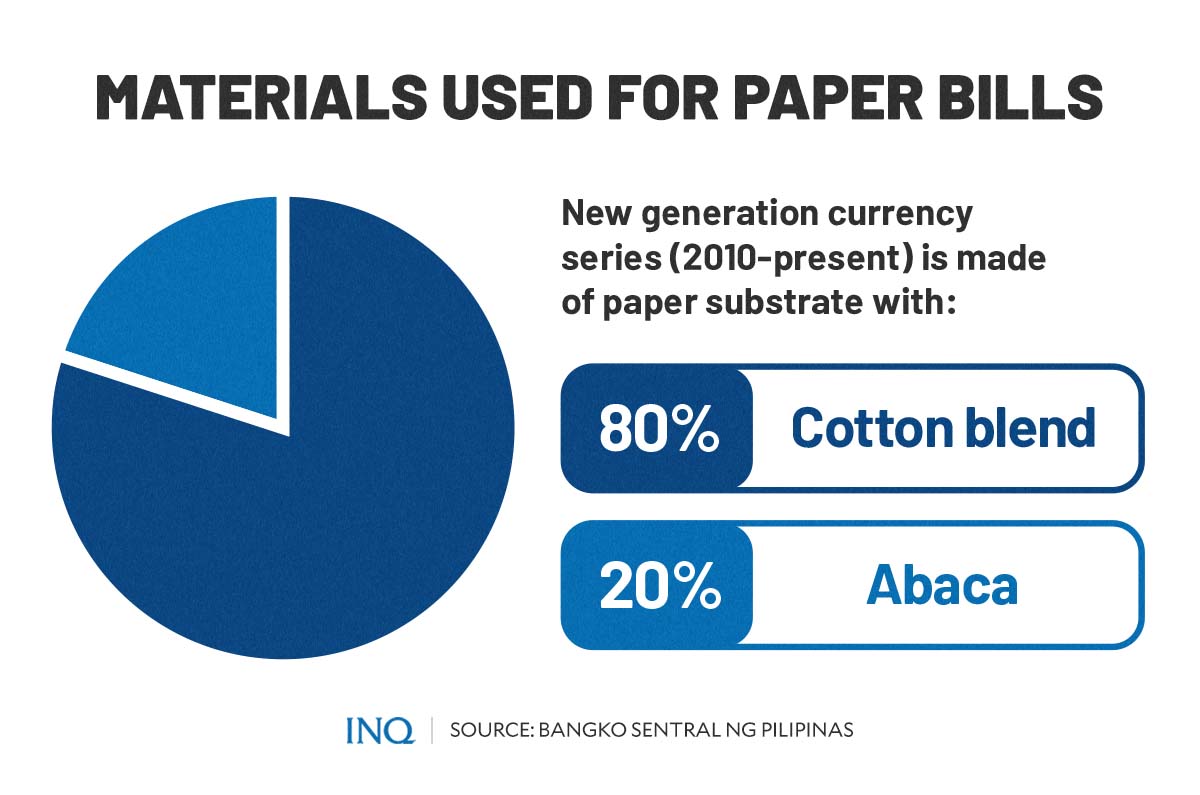 However, according to BSP Mindanao Regional Office bank officer Dorothy Joy Diaz, it is okay if the banknote got damaged unintentionally.

“If it is not intended, that is fine, but if done willfully, as you did it out of curiosity, that is punishable,” said Diaz.

The BSP encourages the public to report any information on improper handling of Philippine currency to the nearest police station or law enforcement agency, for appropriate action, or contact the Currency Management Sector for assistance at the following telephone numbers: 988-4833 and 926-5092.

What if it gets crumpled, creased?

BSP governor Felipe Medalla said in a report: “One thing to adjust is to have wallet or purses that prevent it from being totally folded. The wallet should at least be the same length as the banknote so that it can’t fold.”

But what happens if the polymer banknote got accidentally crumpled or creased?

The BSP recommended applying pressure or flattening the banknote using hands. It can also be placed in between the pages of a book to straighten it out or flatten the crumpled or creased areas.

However, it is a different case if the polymer banknote gets totally folded or excessively creased or crumpled.

When the polymer banknotes—as well as paper banknotes—get excessively folded, crumpled, and creased, they could have visible and permanent fold marks.

According to BSP, banknotes with heavy creases, which “break its fiber and indicate that disintegration has begun, are considered “unfit.”

The BSP emphasized, however, that “banknotes with fold marks may still be recirculated and used as payment for goods and services.”

Based on BSP’s Philippine Currency Fitness Guide, there are several visual fitness criteria of banknotes that are considered unfit for recirculation.

Among the visual description of banknotes that are under the criteria of unfit for recirculation include:

Meanwhile, a banknote is considered mutilated, if it fitted any of the following visual descriptions:

The central bank said unfit banknotes and coins shall be exchanged or deposited with any bank.

“Mutilated currency must be placed in appropriate containers to avoid disintegration or further deterioration while in transit,” said the BSP.

In an official statement released on Monday, BSP clarified that folded paper or polymer banknotes can still be used for payments and transactions.

This was amid the concerns and issues raised by people online following Lopez’s viral social media post.

“The Bangko Sentral ng Pilipinas (BSP) informs the public that folded banknotes, whether paper or polymer, can still be circulated and accepted for payment. As such, retailers and banks should accept them for day-to-day payment transactions,” BSP said in the statement.

The central bank likewise explained that the recent BSP-issued guidelines on the proper handling of polymer banknotes also apply to the existing paper banknotes.

“The handling guidelines were issued to raise public awareness on the proper use of polymer and paper banknotes to safeguard their integrity and prolong their lifespan,” said BSP.

“If an individual is doubtful on the value and/or authenticity of a banknote, he or she is encouraged to go to any bank for assistance. The bank will then refer the banknote to the BSP for examination.”

If the polymer bills are prone to creases and folds, why did the central bank produce bills using the said material?

The BSP cited three main reasons for making polymer banknotes. The first one was to address the ongoing public health and safety concerns due to the COVID-19 pandemic.

“Since the start of the COVID-19 pandemic, sanitizing frequently touched objects, including banknotes and coins, has become a widespread need.”

According to studies, money—both paper currency and coins—is known to carry germs. It can then spread germs from person to person.

Another reason, according to BSP, is the counterfeiting problem in the country that worsens as crime syndicates keep improving their techniques in counterfeiting the New Generation Currency (NGC) banknotes that are currently in circulation.

The BSP also explained that polymer banknotes can address the issue of increasing scarcity of water, energy, and other inputs. It also noted that the country’s banknotes should be made to last longer and be fully recyclable, considering both environmental sustainability and cost-effectiveness.

“These concerns can be addressed by using polymer substrate in our banknotes, which is known worldwide to be more durable, cost-effective, hygienic, difficult to counterfeit, and sustainable.”

In summary, the BSP cited the following reasons and features of the P1,000 polymer banknote to explain why it decided to use a material other than the usual paper substrate:

As of April this year, 10 million pieces of the new 1,000-peso polymer banknotes—0.7 percent of the total number of 1,000-peso banknotes in circulation—have already been delivered. 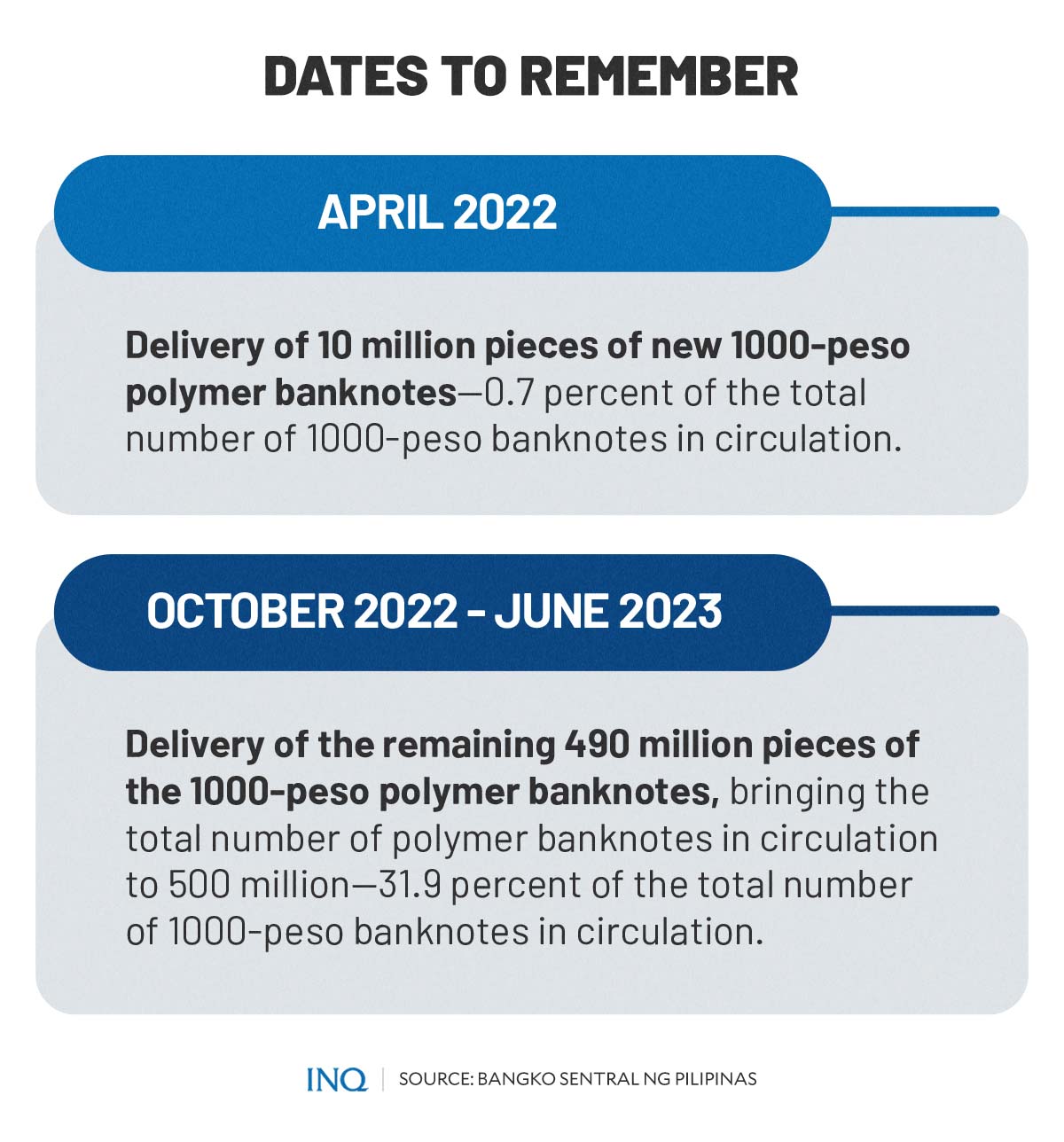